TAMPA, Fla. – Some of the biggest shopping days of the year are upon us. Ahead of the Small Business Saturday shopping day, U.S. Rep. Kathy Castor (D-Tampa) and Hillsborough Community College hosted an event to highlight Tampa Bay area veteran entrepreneurs and their businesses.

One of the businesses brings a veteran’s journey full-circle. Tampa Army vet Brandon Dutkiewicz returned from Afghanistan with an inspiration to help others deployed overseas.

Dutkiewicz enlisted in the U.S. Army when he was 18 and said he had a “burning desire” to serve his country.

Dutkiewicz was an infantry soldier in South Korea and Afghanistan. He noticed a common issue among his comrades on bases in both places. 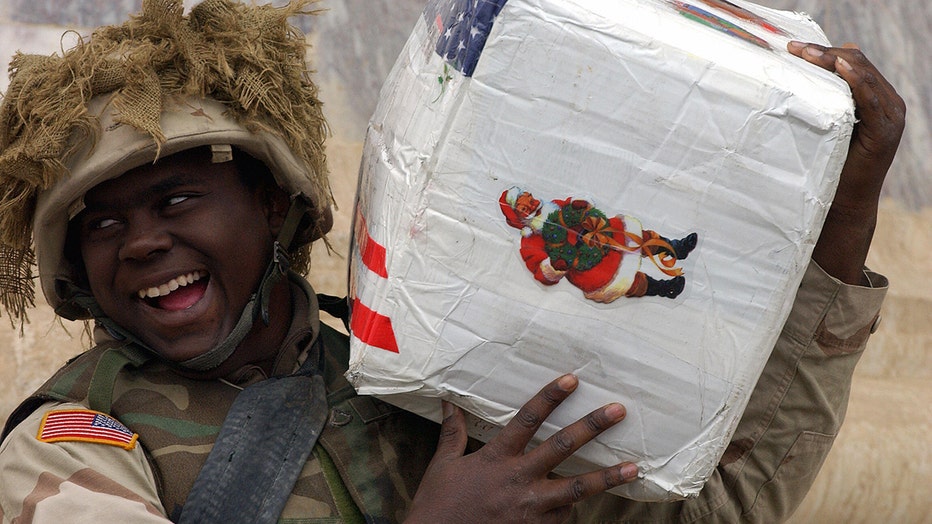 TIKRIT, IRAQ: A US soldier from the 4th Infantry Division smiles after receiving a Christmas parcel at his base. (Photo credit JEWEL SAMAD/AFP via Getty Images)

“I noticed there was a lot of deployed troops that did not have support from back home, like family members and loved ones,” he recalled.

He said organizations sent care packages to soldiers, but many of the items were not usable, for various reasons. 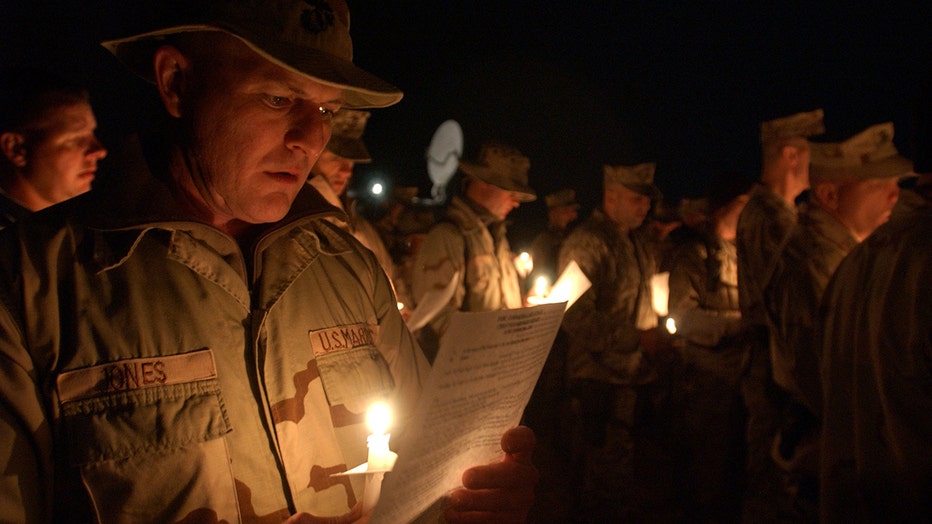 “It was due to a surplus of too many items, not enough organization, not asking soldiers what they need,” he explained.

He decided to help solve the problem. When he left the Army, he returned to Afghanistan as a contractor. Meanwhile, he set up an online fundraiser to put is plan to action.

“I collected photos from troops. I put them on the internet and social media, and then from there I’d get other people to donate to the GoFundMe. And then I started buying people these items that they wanted while I was overseas,” he said.

When Dutkiewicz returned to Tampa, he enrolled in Hillsborough Community College’s STRIVE program. That’s when he was able to make his hobby of helping deployed troops into his full-time job.

Dutkiewicz created and launched an app called “Support a Troop.”

“Troops get on it and create a wish list of items. Then the people that support them, they make an account. It’s called a patron account. You can go to their profile and then see their wish list and you can buy them,” he explained.

His favorite part is that the troops are able send back a video or photo, plus a message of thanks.

Through his app, deployed service members have received more than 10,000 care packages.

At the event his week, he shared his success story alongside other so-called vetrepreneurs and Rep. Castor.

Their final message to the community is to shop small and shop local this Saturday and throughout the holiday season.

“We are a community of entrepreneurs, your neighbors, your friends. Think about how you can support them this holiday season,” Castor said.

To give local businesses a boost this holiday season, the city of Tampa is hosting its third annual #ShopSmallTampa marketing campaign. It features an online directory of local home-based and brick and mortar businesses.

Those interested in having their store, restaurant or professional firm highlighted in the directory may register at tampa.gov/ShopSmallTampa. The deadline to register is November 25.

Wed Nov 23 , 2022
A North Carolina insurance agent and two St. Louis tax attorneys have been indicted on charges related to a $200 million insurance scam and the operation of a fraudulent tax shelter that caused a tax loss to the IRS of tens of millions of dollars. David Shane Simmons, […]