LONDON, ENGLAND – OCTOBER 14: Britain’s Prime Minister Liz Truss attends a press conference in the Downing Street Briefing Room on October 14, 2022 in London, England. After just five weeks in the job, Prime Minister Liz Truss has sacked Chancellor of The Exchequer Kwasi Kwarteng after he delivered a mini-budget that plunged the UK economy into crisis. (Photo by Daniel Leal-WPA Pool/Getty Images)

LONDON — British Prime Minister Liz Truss on Friday scrapped another key tax-cutting policy after firing her finance minister, in a bid to placate markets after the government’s controversial “mini-budget.”

“It is clear that parts of our mini-budget went further and faster than markets were expecting,” Truss said in a brief press conference.

Truss scrapped the pledge to reverse predecessor Boris Johnson’s hike of corporation tax from 19% to 25%, a decision estimated to restore around £18 billion ($20.1 billion) to the U.K. Treasury’s coffers by 2026.

Finance Minister Kwasi Kwarteng was fired earlier on Friday after less than six weeks in the job, amid mounting political pressure and market chaos.

However, bond prices gave back gains after the conference, with the 30-year yield returning to around 4.58% by around 3 p.m. U.K. time.

Sterling whipsawed during a volatile session and fell around 1.4% against the dollar after Truss’ speech, trading at around $1.1165.

In her press conference, Truss said she wanted to reassure markets of the government’s fiscal discipline, and that Hunt shared her “convictions and ambitions” for the country.

The government earlier this month abolished its plan to scrap the top rate of income tax after a substantial public backlash, but which failed to quell market turbulence.

Although gilt yields rallied in the run up to Truss’ U-turn, Matthew Amis, investment director at Abrdn, said Friday that “the pressure is still for gilt yields to edge higher from here, albeit with less volatility.”

“However with Trussonomics filed away under the heading ‘disaster’, we can hopefully get back to a functioning gilt market.”

So far, roughly half of the original tax-cutting policies set out in Kwarteng’s “mini-budget” have been scrapped. However, the government still plans to go ahead with its medium-term fiscal plan announcement and accompanying independent forecasts from the Office for Budget Responsibility (OBR), which Hunt will now be tasked with delivering.

Truss characterized the roughly £18 billion saved through the corporation tax U-turn as a “down payment” on that plan and said it would ensure public spending can “grow less rapidly” than previously outlined.

“Market reaction reflected the underwhelming message and delivery. We saw the selloff in sterling intensify and gilt yields retrace their optimistic moves from yesterday and this morning. In short, the announcement, coupled with the withdrawal of support from the BofE has not calmed markets,” said Oliver Faizallah, head of fixed income research at U.K. investment house Charles Stanley.

“The U.K. still has a credibility issue, which has not been helped with today’s events. The pressure is on new chancellor Jeremey Hunt to try and bring some confidence back to the market.”

Kwarteng cut short a visit to Washington on Thursday to fly back to London as government ministers scrambled to address the market chaos unleashed in recent weeks.

This included a sell-off of long-dated government bonds that led the Bank of England to intervene in order to save pension funds from collapse, and a spike in mortgage rates for prospective homeowners.

Truss had been under immense pressure to rethink her economic policies, with opinion polls showing support for the ruling Conservative Party collapsing and lawmakers from within her own party reportedly plotting to oust her after a tumultuous first five weeks in office.

Despite this, both she and Kwarteng had remained publicly resolute in recent days, accusing critics of the government’s radical fiscal plans of being part of an “anti-growth coalition.”

“The economic environment has changed rapidly since we set out the Growth Plan on 23 September. In response, together with the Bank of England and excellent officials at the Treasury we have responded to those events, and I commend my officials for their dedication,” Kwarteng said in his resignation letter Friday to Truss after being asked to step down.

“As I have said many times in the past few weeks, following the status quo was simply not an option. For too long this country has been dogged by low growth rates and high taxation — and that must still change if this country is to succeed,” Kwarteng added in his letter.

“We have been colleagues and friends for many years. In that time, I have seen your dedication and determination. I believe your vision is the right one. It has been an honour to serve as your first Chancellor.”

Wed Oct 19 , 2022
by Adam H. Smith Operating in an industry that is largely dependent on disposable income creates inherent challenges and poses difficulty performing financial forecasts that align with stakeholder expectations. Historically, operations have either excelled during economic expansion or fallen short during a recession – essentially riding the ebb and flow […] 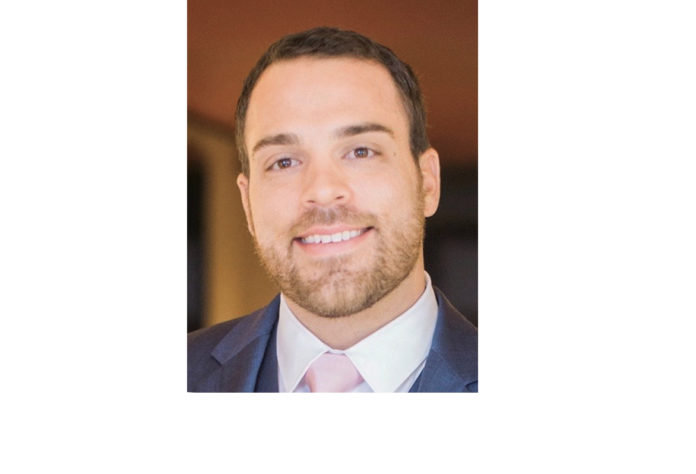