One chart is all it took to move financial markets on Thursday.

That chart was presented by St. Louis Fed President James Bullard as part of a presentation in Louisville, Ky., and it shows where he sees “the sufficiently restrictive zone” for the central bank’s main policy rate target. Bullard put the zone somewhere between 5% to 7%, up from the current fed-funds rate range of between 3.75% to 4%. That was enough to cause investors to sell off stocks and bonds in tandem, push the dollar higher, and rewire expectations around how high interest rates could go.

Read: Fed’s Bullard says benchmark interest rate in 5%-7% range may be needed to bring inflation down

Bullard’s zone was based on estimated policy levels recommended by Taylor-type rules, one with generous assumptions and the other with less-generous assumptions. The “Taylor rule” is a widely accepted equation, or what former Fed Chairman Ben Bernanke described as “a rule of thumb,” developed by economist John Taylor of Stanford University for where the central bank’s policy rate ought to be relative to the state of the economy.

Right now, the economy’s current state includes an annual headline inflation rate from the consumer-price index that’s at 7.7% as of October, falling below 8% for the first time in eight months. Though policy makers favor other inflation indicators, the annual headline CPI rate matters because it can impact household expectations.

Variations of the Taylor rule can produce different results depending on the numbers being used, and the upper range of Bullard’s zone is much higher than what traders and investors currently envision. As of Thursday, fed-funds futures traders, for example, were nudging up their expectations for a 5%-plus fed-funds rate next year, but not yet pricing in a significant chance of a 6% policy rate.

revised its 2023 expectations slightly upward in a new forecast this week, saying that the highest level at which the Fed will likely raise rates next year is between 5% and 5.25%. On Thursday, though, Bullard described 5% to 5.25% as the minimum level for the fed-funds rate.

The possibility of a 6% fed-funds rate has existed since April, but is one that hadn’t been accepted broadly by financial markets. October’s softer-than-expected readings on the CPI and producer prices gave investors reasons to hope that the Fed might ease off aggressive rate hikes, though money managers and economists said financial markets were underestimating the risk that inflation would fail to fall toward 2% fast enough.

Bullard is a voting member of the rate-setting Federal Open Market Committee this year, but falls off the voting roster in 2023.

The Only Business Idea You Need to Start Making Money

Sat Nov 19 , 2022
If you do a Google search for “business ideas” you’ll quickly get overwhelmed and confused by articles offering numerous, random suggestions. And while some of the ideas may be inspiring, they also miss the most obvious – and easiest – way to generate revenue as an entrepreneur. Lindsey Thoeng Become […] 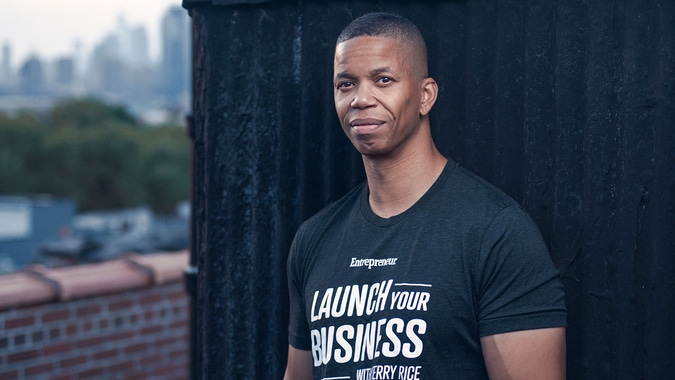