Daniella Pierson is the youngest Latina self-made millionaire in the U.S. today. Her female-focused newsletter The Newsette and mental health startup Wondermind — where she is a co-founder alongside actor Selena Gomez — make up the $220 million of her net worth.

At 27, Pierson has defied the odds that many entrepreneurs, especially Latinas, face.

Although Latino entrepreneurs in the United States are starting more businesses per capita than any other racial group, according to a McKinsey study, they receive less than their white counterparts on all types of business-related funding.

Latina founders run nearly 2 million businesses across the country, but receive less than 2 percent of venture capital funds. Yet, they are the fastest growing cohort of entrepreneurs, according to McKinsey.

The lack of startup funds, access to key networks and trouble scaling are just some of the barriers that cap most Latina founders from growth. According to one report from Stanford Business, among the 3 percent of scaled Latino-owned firms (making $1 million or more), only 30 percent are owned by women. Latina-owned firms tend to start small and stay small.

Pierson was one of several Latina entrepreneurs speaking in New York City on Friday at a breakfast for investors and members of the media (disclosure: This reporter was one of the moderators).

The event was sponsored by Palladium Equity Capital, Morgan Stanley and Bank of America. Focused on funding opportunities for women of color, Pierson and others discussed their trajectories on raising capital, scaling up their businesses and achieving significant revenues.

One of the other Latina entrepreneurs who discussed her experience starting a business was Karla Gallardo, the founder of Cuyana, a highly successful lifestyle brand known for its sustainably sourced and premium leather accessories and apparel.

Gallardo said she has broken the cycle that caps business growth by “starting with a product and a supply chain that supports scaling the business.” She started with making one hat, sourcing the best suppliers around the world and having an in-house distribution center. Her supply model allows her to “perfect one product and then build on it.”

Instead of placing several months’ worth of orders at a time, Cuyana orders one month at a time. This makes orders “predictable and profitable — we’re able to make them more efficiently and with less capital investment,” she noted.

Babba Rivera, founder of the beauty brand Ceremonia — a clean haircare brand rooted and inspired by her heritage (her parents are Chilean) — is another entrepreneur who has been able to successfully scale up her business. Rivera, who has worked for corporate brands such as Uber and Away, felt that before she started her own business, she had to shave off parts of her identity to find inclusion.

Rivera said she came across comments from investors that her product was “too niche” and stereotypes about Latino consumers not having the dollars to afford higher-end products.

In one meeting with an investor, Rivera said she was advised not to have children if she wanted to build a business. “During that meeting,” she noted, “I was highly pregnant.”

Rivera combated stereotypes about Latino consumers by using hard data. She invested her own money in consumer insights to inform prospective investors on the buying power and consumer spending numbers related to U.S. Latinos. Latino buying power is projected to reach $3 trillion by 2025.

Focusing on telling the vision of the future of Ceremonia also helped Rivera. “One misconception with fundraising is that we should focus on the brand’s past and not the future.” It’s about telling investors the big vision for growth, she said.

Sandra Campos, a veteran business executive who is active on several boards, including the DealmakeHers, is an “angel investor” focusing on female entrepreneurs. She notes that in the last five years, Latina entrepreneurs “have been able to raise a significant amount of capital or scale their businesses at a greater rate than typical female founded businesses.”

Discussing the experiences of Latina entrepreneurs who have managed to beat the odds and successfully scale up their businesses helps “validate to investors that not only did Latina-owned businesses account for nearly all (93%) of the growth in women-owned businesses,” said Campos, referring to a State of Hispanic Wealth report, but that “they are also capable of scaling their businesses to yield profitable returns.”

How insurance agents can secure their roles as the industry digitizes

Sat Oct 22 , 2022
People buy from people, even in this digital age. (Photo:  fizkes/Shutterstock) The insurance industry is abuzz with discussion around digital transformation. It follows that tech topics dominated this year’s Global Insurance Symposium and InsurTech New York agendas. Digitization, automation, and the direct-to-consumer business were on everybody’s lips. One sentiment was clear: The role of the […] 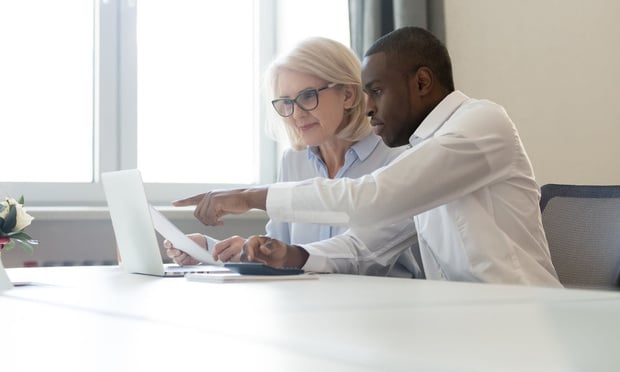