In the pantheon of sodas, Dr Pepper is the odd one out: It doesn’t have the popularity or sales of Coca-Cola or Pepsi, you can’t use it in a standard cocktail, and it doesn’t fall neatly into a category like cola or root beer.

For decades, the peppery soda has marketed its blend of 23 flavors as a unique choice for discerning soda drinkers. Over the years Dr Pepper has found success as a quirky alternative to Coke and Pepsi.

(KDP) which, along with Coca-Cola

(PEP), make up the three largest soda companies in the $37 billion US market, as measured by NielsenIQ in retail and convenience stores.

And recently, Dr Pepper has been gaining ground on its competitors, even as the overall soda market goes flat.

Dr Pepper soda grew its dollar share by 9% from 2003 to 2021, compared to a 26% drop in the carbonated soft drinks category overall, according to Keurig Dr Pepper, citing IRI and the Beverage Digest factbook. Today, Dr Pepper is the fourth most popular soda in the country after Coke, Pepsi and Mountain Dew.

“Over the past 20 years, carbonated soft drinks have been declining in volume,” said Duane Stanford, editor of Beverage Digest. “One of the bright spots … has been Dr Pepper.”

Founded in 1885 in Waco, Texas, Dr Pepper was the first in a wave of 19th-century upstart soda companies. (It dropped the period in the 1950s for design reasons.) The little brand rose to prominence in the latter half of the 20th century and helped shape the soda industry, all while cultivating its reputation as an outsider.

The drink was invented by Charles Alderton, a pharmacist at a drug store owned by Wade Morrison, who is credited with patenting the drink and naming it.

Legend has it that Morrison named the beverage after one Charles Pepper, the father of a woman he loved, hoping that the gesture would facilitate a match. That’s the tale on the Dr Pepper website. But Joy Summar-Smith, associate director of the Dr Pepper Museum in Waco, said there are several origin stories, and this one doesn’t hold up.

“By the time [Morrison] came across Dr. Pepper he was married and he had a son,” said Summar-Smith.

“The soft drink industry itself, as a whole, was still really trying to figure itself out in the late 1800s, early 1900s,” Summar-Smith said. “Each town had their own soft drink manufacturing facility.”

Coca-Cola established itself most quickly, aided by its invention of the coupon, which offered free samples of its new beverage. Pepsi positioned itself as a less expensive competitor to Coke.

While Coke and Pepsi were making waves, Dr Pepper “just didn’t push it that hard,” said Tristan Donovan, author of “Fizz: How Soda Shook Up the World.”

Early in the 20th century, Dr Pepper encouraged customers to drink a Dr Pepper three times a day, at around 10 a.m., 2 p.m. and 4 p.m., to keep their energy up. While successful, the campaign never focused on the product’s unique, non-cola flavor.

In the 1950s, Dr Pepper branded itself “the friendly Pepper-Upper,” once again focusing on the rush of energy you could get from any can of soda.

In the early 20th century, national bottlers that worked with with Coke or Pepsi shied away from Dr Pepper, fearing they would run afoul of agreements that barred them from partnering with a competitor. As a result, Dr Pepper had little national distribution, focusing primarily on Texas and nearby states.

In the 1960s, PepsiCo sued Dr Pepper for trademark infringement. Dr Pepper countered, accusing Pepsi of denying the beverage entry to its distribution platform. In 1963, a judge ruled for the bottler, opening the door to the product’s national expansion.​​

Dr Pepper “pulled off a legal coup that gave it the necessary leg up: It argued effectively in a US District Court that Dr Pepper was not a cola,” a 1984 article in D Magazine explained. Or as the Federal Trade Commission put it, “the suit opened up PepsiCo and Coca-Cola bottlers to Dr Pepper and its sales rose immediately.”

With new-found access to the whole country, the brand “started promoting [itself] much more heavily,” said Donovan, the author of “Fizz.”

Through the 1970s, Dr Pepper marketed itself to a national audience as a unique flavor, a shift that D Magazine said “fleshed out an identity for Dr Pepper that may be its most formidable asset.” In 1977, the company launched its “Be a Pepper” campaign, encouraging people to identify as Dr Pepper drinkers.

Today, Dr Pepper advertises itself as a treat, using a pint-sized mascot called Lil’ Sweet in its commercials. Another campaign, Fanville, is set in a fictionalized world where people are obsessed with college football and also Dr Pepper, positioning the beverage as a cult favorite.

After Dr Pepper established itself as an alternative to mainstream colas, it launched on a path that ultimately made it part of the country’s third-largest soft drink maker, Keurig Dr Pepper.

During the wave of mega-mergers in the 1980s, Coca-Cola tried to scoop up Dr Pepper.

In 1986, soon after PepsiCo announced its intention to purchase 7Up, Coca-Cola said it had agreed to acquire Dr Pepper. The plans would have made Coke and Pepsi the most formidable players in the market by far, the Los Angeles Times reported at the time.

But both Coke’s and Pepsi’s deals were blocked, as the FTC decided the beverages were similar enough to pose a possible antitrust threat.

A whirlwind series of mergers, acquisitions and spinoffs ensued. Dr Pepper and 7Up merged in the late 1980s. Over the years, Cadbury Schweppes took stakes in the combined company and, eventually, full ownership of the brands. In 2008 Cadbury spun off its North American beverage division to create the Dr Pepper Snapple Group. A decade later, Keurig Green Mountain merged with that company, creating Keurig Dr Pepper.

Today, KDP still trails behind Coca-Cola and PepsiCo, but it’s narrowing the gap.

By volume, Coca-Cola controlled about 40% of the US retail market in the first nine months of 2022, followed by PepsiCo with about 29% and Keurig Dr Pepper with roughly 25%, according to Beverage Digest’s data.

Compared to the year before, PepsiCo’s share fell by 1%, while Keurig Dr Pepper’s ticked up. And over the years, the Dr Pepper brand has been gaining momentum while some of its competitors struggle. That might be because of consumers’ increasing interest in flavored soft drinks, said Stanford, the publication’s editor.

There are other advantages to existing outside of the cola dichotomy. Food-service providers typically have an agreement with either Coke or Pepsi for its soda fountains, and one fountain won’t feature products made by the other. But the fountains often offer Dr Pepper, making it a widely available choice.

“Dr Pepper is the number one most differentiated trademark in beverage — not just soft drinks, but in beverage,” said Derek Dabrowski, general manager of juices, mixers and sauces at KDP. People reach for Dr Pepper when they want a treat, he added. That’s “where we have been winning.”

10 Skills to Learn to Become a Business Intelligence Analyst

Mon Jan 2 , 2023
In this era of advanced technology, the growth of businesses lies in accurately predicting and forecasting business patterns. Your ability to study data and rising trends to tell what’s attainable in a company is a huge part of business intelligence. A business intelligence (BI) analyst works with companies to examine […] 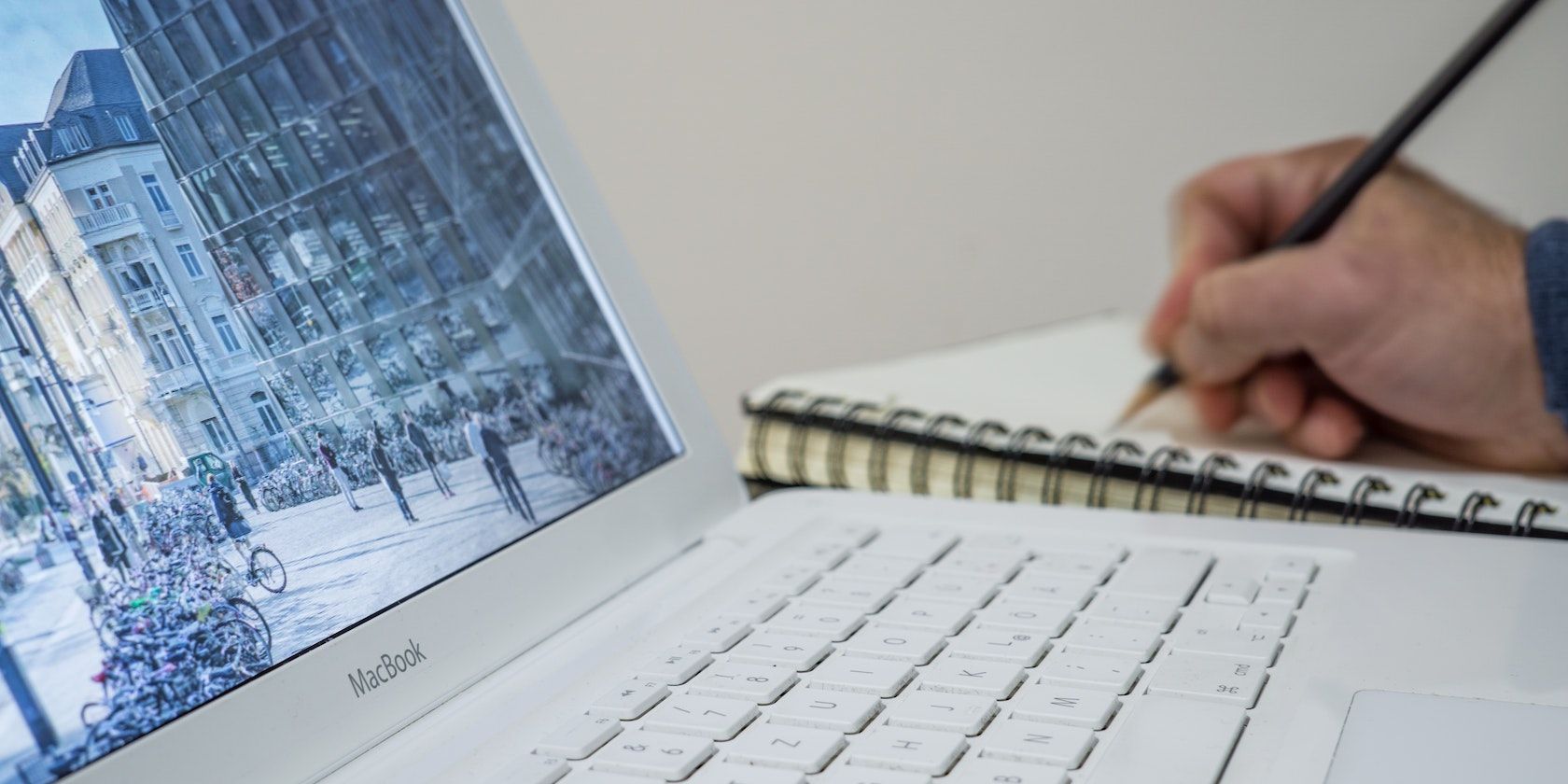