Don’t let the feel-good vibes that kicked off markets in the fourth quarter lead you astray: The Federal Reserve and other central banks could still screw it all up through aggressive monetary policy.

“We are increasingly worried about central banks making a policy error, and of new geopolitical tail risks,” Marko Kolanovic, a top JPMorgan strategist, wrote in a new note to clients. “Given the recent escalation in hawkish rhetoric, the likelihood of central banks committing a policy mistake with negative global consequences has increased, and this started showing in various cracks in FX and rates markets. Even if a mistake is avoided, a delay will likely be introduced for the global market and economic recovery.”

The Federal Reserve remains the straw that stirs the drink in global markets as it continues a mission to stomp out inflation by aggressively hiking interest rates, which has set the pace for fellow central banks. That mission was reinforced in the past week by the hawkish commentary from various Fed officials including Fed Chair Jerome Powell and Vice Chair Lael Brainard.

That hawkish tone from the Fed has rippled across an array of asset markets, from the surging U.S. dollar to rising mortgage rates that are nearing 7%.

Despite strong rallies in the first two trading days of October, the Dow Jones Industrial Average (^DJI), S&P 500 (^GSPC), and Nasdaq Composite (^IXIC) remain mired in double-digit percentage declines for the year. Emerging markets remain under considerable pressure too as investors wait for the next shoe to drop from central bankers.

Rising interest rates have also begun to factor into outlooks from corporate America, notably large multinationals, such as Nike (NKE), that are exposed to currency market volatility.

Other pros on Wall Street are also staying vigilant on the Fed’s interest rate policy.

“The one risk that really worries us is that the Fed has been tightening, inflation really doesn’t come down as they want, and they need to go a lot further than they are saying now [on rates],” Paul Gruenwald, chief economist at S&P Global Ratings chief, warned on Yahoo Finance Live.

That scenario has a low probability, Gruenwald added, but it still presents a risk to markets.

“When that goes into the market and gets repriced, then they’re really going to have to put on the brakes,” the economist said.

Thu Oct 6 , 2022
This article first appeared in the Morning Brief. Get the Morning Brief sent directly to your inbox every Monday to Friday by 6:30 a.m. ET. Subscribe Tuesday, October 4, 2022 Today’s newsletter is by Sam Ro, the author of TKer.co. Follow him on Twitter at @SamRo. Excess savings are shrinking, […] 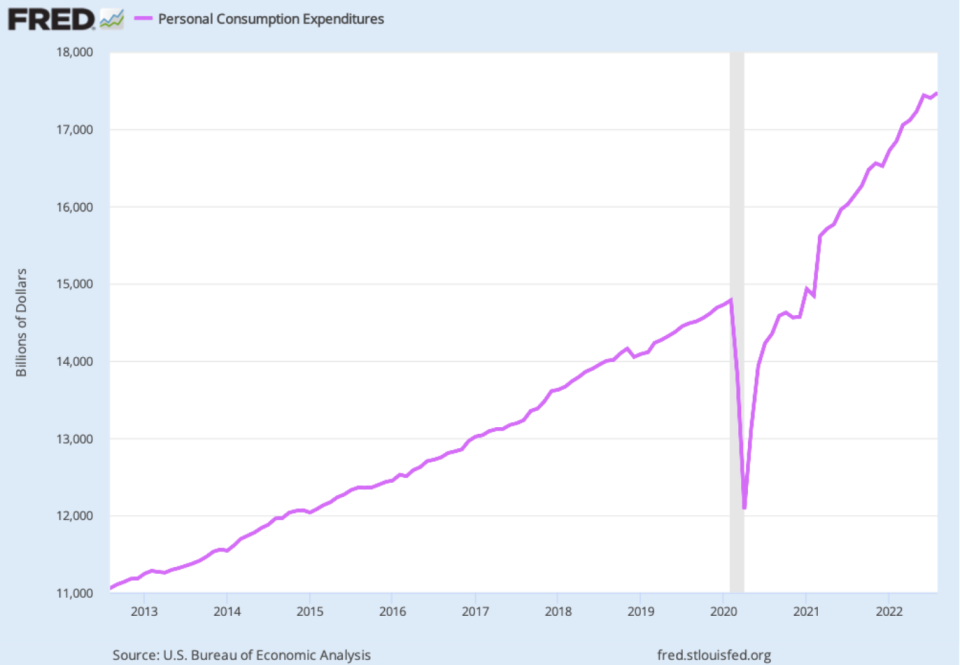