Tesla (TSLA) dropped the bomb on the auto market with huge price cuts last week, and now Wall Street is catching up with post-game analysis, if you will.

Delaney said the price cuts imply concern over reduced demand in the U.S.

“While the reduced prices for Models 3 and Y helps the company to better address the roughly 20%-30% of vehicles sold in the U.S. market in the $40K-$55K price band, the price cuts also imply that recent orders were tracking weakly,” Delaney wrote in a note to clients. “We therefore lower our EPS estimates on reduced ASPs (average selling price).”

On the flip side, reduced prices will boost volume of vehicles sold, and when factoring Tesla’s Giga factory expansions (Shanghai and reportedly Austin) and ramp ups, the automaker may actually be able to weather any drop in retail pricing, with improved efficiency.

“We see [stronger volumes] as important for Tesla’s vertically integrated model, especially as its new factories likely offer attractive unit economics at scale (we believe COGS per vehicle at the new Austin and Berlin factories over time will be closer to Shanghai than to Fremont, and in the low to mid $30K per vehicle range),” Delaney said.

In addition, Delaney believes higher volumes can act as a lever to increased “monetization opportunities,” as Tesla can market high-margin software and services offerings to new customers.

Finally, Tesla’s scale and unit economics are big competitive advantage versus traditional automakers, Delaney says, and any increase in volumes is a net negative for competitors. “The strategic implications of the price reductions (and the fact that investors were already anticipating at least some price reductions in our opinion) likely helps explains stock reactions on 1/13 with Tesla shares -1% (vs. the S&P 500 flat) and ahead of competitors including Ford (-5%), GM (-5%) and RIVN (-6%),” Delaney noted.

The added pressure for Tesla’s competitors coming from reduced prices for the Model 3 and Model Y, combined with the IRA tax credits now being accessible for most of these vehicle versions, means competitors will be squeezed even more. With the new prices in place, Tesla’s Model 3 and Y stack up very well against the competition, Delaney said.

Delaney notes negative margins for Tesla competitors, along with limited availability of competitor EV offerings, are another factor in Tesla’s favor.

That being said, Delaney maintains his ‘buy’ rating on Tesla, though cut his 12-month target slightly to $200 from $205, noting a slight hit to EPS and ASPs coming from the price cuts. 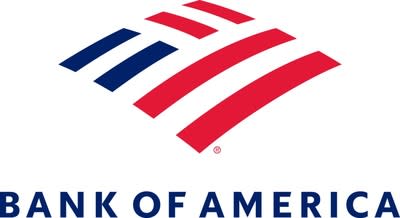