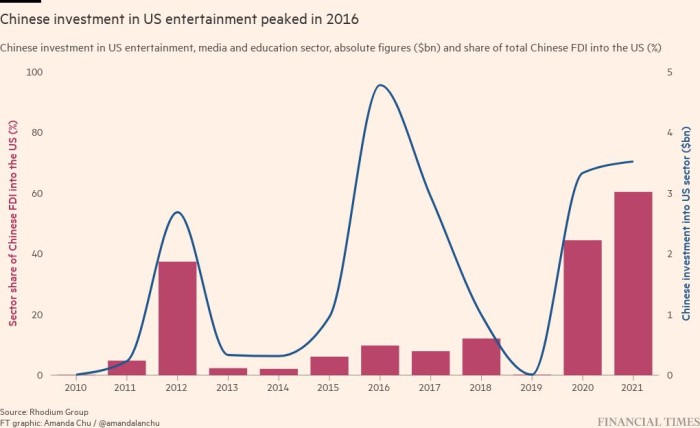 In 2019, Tencent Holdings of China made a savvy call on a future box office smash by agreeing to co-finance Top Gun: Maverick with Skydance, a Hollywood studio. Tencent had invested in Skydance a year earlier, just one of dozens of deals between Chinese companies and Hollywood studios during the […]