U.S. stocks extended a downtrend on Monday to start the week lower as Wall Street steered into third-quarter earnings season and braced for a batch of inflation reports.

The technology-heavy Nasdaq Composite (^IXIC) led declines, dropping 1% to a two-year low as a set of fresh restrictions by the Biden administration on China’s access to American technology sent chip stocks tanking and weighed on the broader tech sector. The S&P 500 (^GSPC) slid 0.8% and the Dow Jones Industrial Average (^DJI) shed roughly 90 points, or 0.3%.

Declines accelerated in the afternoon as investors weighed comments from JPMorgan (JPM) Chief Executive Officer Jamie Dimon suggesting the U.S. economy is likely to enter a recession in six to nine months. Dimon told CNBC at a conference in London that inflation, Russia’s war in Ukraine, and the impact of Federal Reserve rate hikes create a “very, very serious” mix that could result in an economic downturn, adding that Europe is in a recession already.

Technology stocks took the brunt of Monday’s selling as chip stocks plunged. Measures imposed by the U.S. to curb China’s access to semiconductors aim to slow the country’s technological and military advances but deal a further blow to an industry already struggling with weaker revenues as demand slows for computers, smartphones, and other electronic devices. Shares of major chipmakers including Nvidia (NVDA) and AMD (AMD) closed down 3.4% and 1.1%, respectively.

The moves come after an erratic week that began with a fierce rally and concluded with a sharp sell-off that erased much of the resulting gains. The latest downslide was spurred by a strong September jobs report that confirmed to investors Federal Reserve officials are unlikely to shift away from restrictive monetary policy any time soon.

The benchmark S&P 500 index was down 23.6% year to date as of Friday’s close, but nine single trading days comprise that entire decline of 32 total points, according to Nicholas Colas of DataTrek Research.

The greater share of down days occurred around Consumer Price Index (CPI) or Federal Reserve-related events, one was prompted by Russia-Ukraine tensions, and two came on the heels of bad corporate earnings releases, he added. In the week ahead, all of those factors are expected to test the U.S. stock market.

Investors are gearing up for the flurry of bank earnings that typically mark the start to a new earnings reporting period, with results from JPMorgan (JPM), Citi (C), Wells Fargo (WFC), and Morgan Stanley (MS) all due out. Other companies set to report this week included PepsiCo (PEP) and Delta Air Lines (DAL).

“The bear market will not be over until the deteriorating fundamental picture is more fully discounted,” Morgan Stanley’s top equity strategist Mike Wilson said in a note.

Also on Wall Street’s plate is September consumer price data, one of the most pivotal reports ahead of the FOMC’s next policy-setting meeting in November. While the headline reading is expected to moderate again, all eyes will be on the “core” component of the report, which strips out the volatile food and energy categories. Economists surveyed by Bloomberg project core CPI rose to 6.5% from 6.3% over the year, per the latest estimates.

“Volatility is going to persist in equity and fixed income markets until there’s a clear indication that inflation is under control,” Peter Essele, head of portfolio management at Commonwealth Financial Network, said in a recent note.

Market noise might be throwing investors off in the fourth quarter: Morning Brief

Tue Oct 11 , 2022
This article first appeared in the Morning Brief. Get the Morning Brief sent directly to your inbox every Monday to Friday by 6:30 a.m. ET. Subscribe Thursday, October 6, 2022 Today’s newsletter is by Jared Blikre, a reporter focused on the markets on Yahoo Finance. Follow him on Twitter @SPYJared. […] 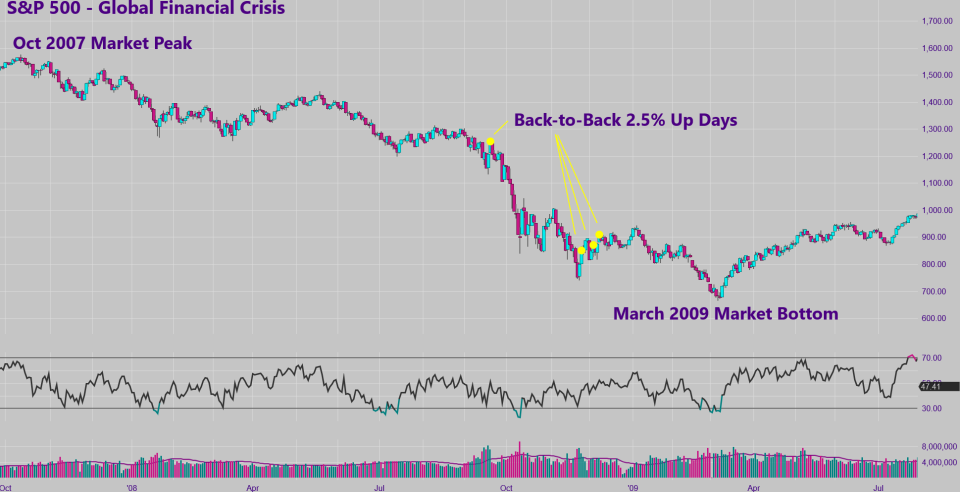