U.S. stocks closed another session of losses Thursday as third-quarter financial results from companies continued to barrel in against a backdrop of persisting growth concerns on Wall Street.

The U.K. had U.S. investors’ attention again Thursday with the resignation of Prime Minister Liz Truss after her administration set forth a failed economic package, including plans for tax cuts that roiled financial markets. The pound strengthened and U.K. bonds nudged higher following news Truss will step down by the end of next week.

Back in the U.S., the Labor Department reported an unexpected drop in the number of Americans filing for unemployment insurance for the week ended Oct. 15. Claims fell to 214,000 from a revised 226,000 last week, a sign the labor market remains tight despite efforts to tamp down the economy to cool inflation. Economists surveyed by Bloomberg expected applications to total 230,000.

“The drop in initial jobless claims supports our view that the increases in the past two weeks were noise rather than signal, triggered by seasonal adjustment problems,” Pantheon Macroeconomics Chief Economist Ian Shepherdson said in a note. “Note too that the low claims numbers are not a guarantee of strong payrolls; when demand first softens, firms cut back gross new hiring before they start laying off existing staff.”

Mike Loewengart, head of model portfolio construction at Morgan Stanley’s Global Investment Office also noted that the figure may not be enough to shift investors’ focus off earnings, but strong jobs data and hot inflation readings in the coming weeks will ramp up projections for a 75-basis-point rate hike to end the year.

“Earnings season is in full swing so as investors parse through with an extra eye on guidance expect volatility to remain elevated,” Loewengart said in emailed commentary.

On that note, AT&T Inc. (T) and American Airlines (AAL) were the latest names to unveil third-quarter results that came in better than analysts expected.

Telecommunications giant AT&T on Thursday rolled out figures that beat sales and earnings forecasts and raised its profit guidance, also revealing 964,000 new subscribers and asserting its confidence to deliver on previously estimated cash flow for the rest of the year. Shares gained 7.7% Thursday.

And American Airlines Group said that travel demand remains robust despite higher airfares as it raised its profit forecast for the current quarter. The stock erased gains from earlier in the session to fall 3.8% in the second half of the trading day.

The company reiterated its previous guidance of a 50% average annual growth rate on vehicle deliveries for the year, even as it admitted to headwinds from increased costs on raw materials and inefficiencies at its Gigafactory Berlin.

“I can’t emphasize enough that we have excellent demand for Q4 and we expect to sell every car that we make for as far into the future as we can see,” Chief Executive Officer Elon Musk said, adding: “North America’s in pretty good health, although the Fed is raising interest rates more than they should, but I think they’ll eventually realize that and bring them down again.”

Federal Reserve Bank of St. Louis President James Bullard said in an interview with Bloomberg TV Wednesday that he expects policymakers to halt the “front-loading” of hefty interest-rate increases by early next year and move to smaller moves as needed until inflation abates.

His colleague in Pennsylvania, Philadelphia Fed President Patrick Harker, also said in separate comments Thursday the central bank may pause the tightening process next year but took a more assertive tone about lifting the short-term rate to combat inflation.

The Fed’s Beige Book, a publication of economic assessments across the U.S. central bank’s 12 districts, showed businesses have largely remained resilient amid the macroeconomic stage of higher rates and policy tightening thanks to solid pricing power. But some expressed struggles with pushback from consumers over increased prices and inflation that continued to drive up wages.

Corporate earnings have so far reflected resilience, but Wall Street strategists have largely cautioned that earnings-per-share forecasts will continue to come down.

“We’re becoming skeptical this quarter will bring enough earnings capitulation from companies on next year’s numbers for the final price lows of this bear market to happen now,” Morgan Stanley’s top equity strategist Mike Wilson said earlier this week in a podcast. “The final price lows for this bear are likely to be closer to 3000-3200 when companies capitulate and guide 2023 forecasts lower during the fourth quarter earnings season that’s in January and February.” 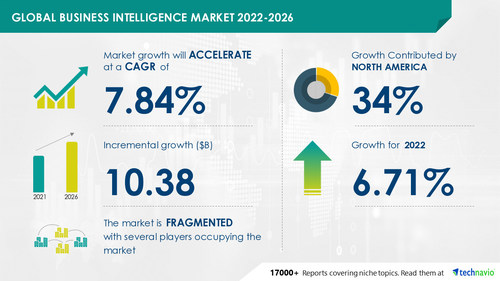