Bitcoin Foundation Chairman Brock Pierce discusses the cryptocurrency market, its influence on politics, and provides an outlook of the market on ‘Cavuto: Coast to Coast.’

China and Russia may be working toward a new gold-backed currency in a move that would aim to dethrone the dollar as the primary reserve currency of the world, but any such currency would unlikely achieve that goal.

“The USD remains the safest, most convenient and most widely used currency in Asia and in the world today,” Min-Hua Chiang, a research fellow and economist at the Heritage Foundation’s Asian Studies Center, told FOX Business. “No other currency (backed by gold or otherwise) is comparable, and that is unlikely to change in the near future.”

Neither country has officially confirmed plans for such a currency, but China earlier this year started to buy up huge quantities of gold at the same time that Russia was forced off the dollar due to sanctions in response to the invasion of Ukraine. The war also led to the steepest discount on gold prices in years.

Some experts caution that these moves, along with the closer relationship that has developed between Moscow and Beijing as the rest of the world has isolated Russia after the invasion, point to the likelihood of China attempting to launch a new currency with gold backing it.

The idea of a joint Russo-Sino currency has periodically surfaced over the past decade, especially after the Russian Central Bank opened its first overseas office in Beijing in 2017.

Craig Singleton, Senior Fellow at the Foundation for Defense of Democracies, noted that Chinese leaders have spoken for two decades about reforming the global financial system and weakening the dollar’s dominance.

“Two components in that strategy center around the development of a Yuan-based global commodities trading system and efforts by China, in partnership with Russia and other like-minded countries, to challenge dollar dominance by creating a new reserve currency,” Singleton told Fox News Digital.

“In essence, Beijing and Moscow are seeking to build their own sphere of influence and a unit of currency within that sphere, in effect inoculating themselves from the threat of U.S. sanctions,” he added.

But the record amount of gold that China has purchased has raised some eyebrows, even as the trend remains under the radar for mainstream media: Swiss gold exports to China hit a five-year high, with Beijing in July alone receiving 80.1 tons of gold valued at around $4.6 billion – more than double the 32.5 tons it bought in June and the second-highest monthly total since 2012, according to Reuters.

International Financial Statistics from March 2022 indicated that China may have the seventh-most gold stores, with more coming every month.

Francis Hunt, a trading expert, told Asia Markets that using gold to back the currency would be the best way to build confidence in said currency, and that currency may be digital in nature to give China a greater scrutiny over its citizens’ activity.

But Chiang downplayed the potential success of a new currency due to the “relatively small trade volume” that would limit its growth, and that a digital currency would prove difficult to promote.

“Even if both countries use a new currency for bilateral trade transactions, the relatively small trade volume between will limit the impact on the U.S. dollar,” Chiang argued, noting that a multinational currency, like the Euro, requires “a level of political and economic coordination and integration that is not present in Asia today.”

“The appeal will be limited,” Chiang said. “Consider that in August 2022, 43% of global payments were conducted in USD, followed by 34% in Euro. RMB accounted for just 2% of total global payments according to RMB Tracker.”

“The RMB is gaining some ground, but it is still leagues behind the USD and Euro,” she concluded, adding that “foreigners’ confidence towards China’s and Russia’s economic prospects (or lack thereof) is a key limitation” to any potential joint currency.

Mon Oct 31 , 2022
Decision intelligence leverages AI-driven automation and data analysis to uncover key drivers, patterns, anomalies, and segments that are not easily visible. Businesses today have massive amounts of data and increasingly complex business decisions to solve with this data, but getting fast analytics and insights is not a simple task. In […] 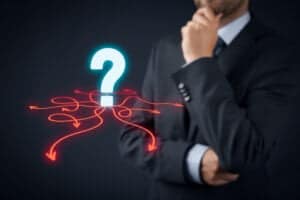