Rapper Jadakiss, whose real name is Jason Phillips, knows about rap family loyalty and the intricacies of the music industry but the Grammy-nominated artist recently joined forces with his son and father to hype a new grind — Kiss Café.

The company is a coffee business that brings together three generations of Black men to foster love, tradition and legacy, the three men told Insider.

It’s made up of the rap icon, his son Jaewon Phillips and his father, Bob Phillips. The venture is an extension of all three men, respectively, who all have grown a passion for coffee throughout their lives.

Packaged in a sleek matte-black exterior Kiss Café’s “Beijo” blend, available online, is sourced from South and Central America, said Bob, 69, who has been in the coffee business for more than 40 years.

And in the spirit of hip-hop bravado, Bob claims those places have the “best coffee in the world.”

“We want to share the love,” he told Insider. “There’s a lot of love and a lot of hard work that went into developing this blend.” 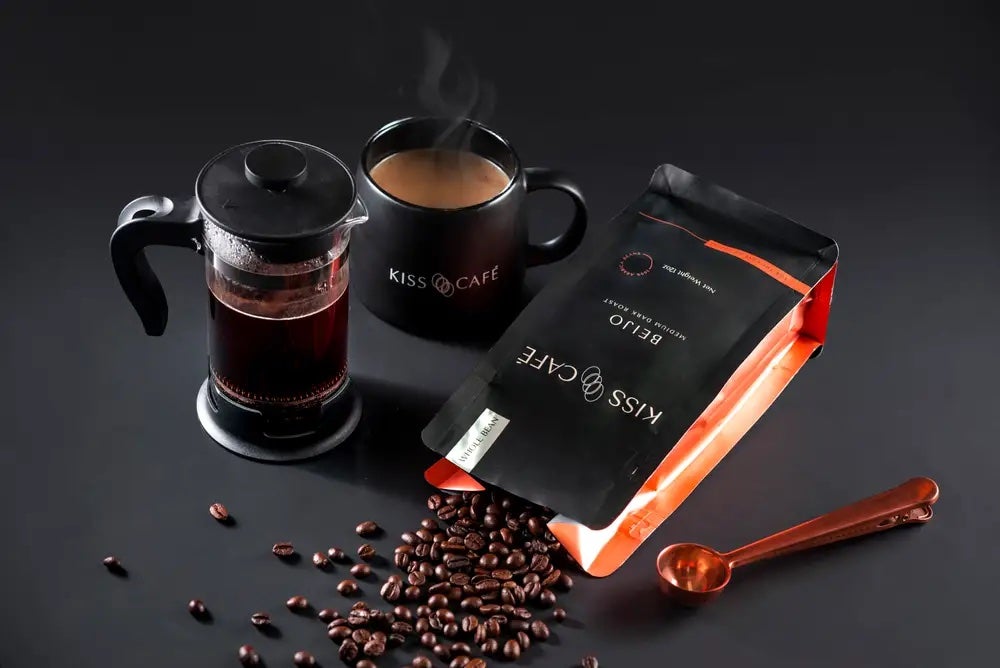 The coffee is sourced from South and Central America. The product is for “everyday coffee lovers,” Jason “Jadakiss” Phillips said. Courtesy of Michael Chavez Booth via BI

The 12-ounce product is listed as $14.99, an intentional price point to make it more accessible, a reflection of his son — professionally known as one-third of the legendary rap group, The LOX — whom Bob champions as being “a man of the people.”

“It is not for the coffee snobs, as my dad likes to say,” said Jadakiss, 47. “It’s for the everyday coffee drinkers. We could have put it in Bergdorf Goodman and Saks and Neiman’s, but we wanted it to be in a price range where the average working person can afford it.” 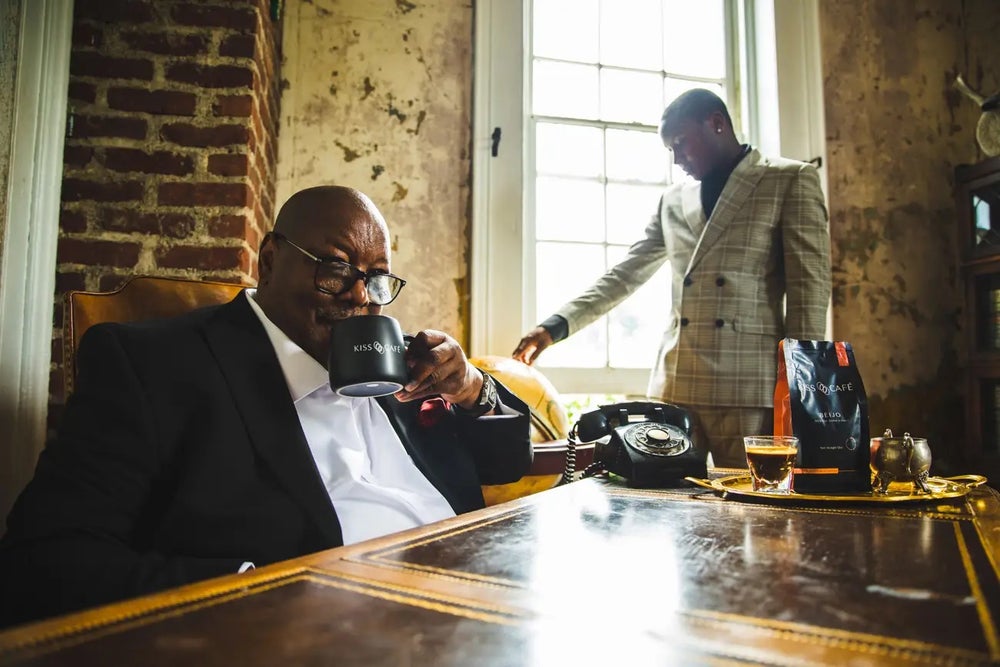 Jaewon, 26, has been working alongside his grandfather, Bob, since 2018. Michael Chavez Booth via BI

The family’s affection for coffee is not just the love of its flavor but from Bob’s years in the industry.

The patriarch’s experience in the coffee business traces back four decades, he said, and has been vital in supporting his family since before Jadakiss was born.

Bob has also been chief of Caturra Corp, an importing and trading firm specializing in green coffee, since the late 1990s. Kiss Café is the natural progression of his hard work and exemplifies him “passing the torch” to help his offspring build generational wealth.

“We’re talking about generational knowledge here. [Kiss Café] is a way of passing on the knowledge that I have and the passion that I have for the product,” he said. “I think it’s every parent’s dream to have their kids follow them.”

Despite Jadakiss being the face of the brand, Jaewon is taking the reign of the business and its future. An alum of Clark Atlanta University, he has worked with Bob’s firm since 2018. Jaewon’s familiarity with the industry, his knack for branding, and his social media expertise has helped Kiss Café shine, his grandfather noted. And when it launched earlier this year, orders were pouring in. 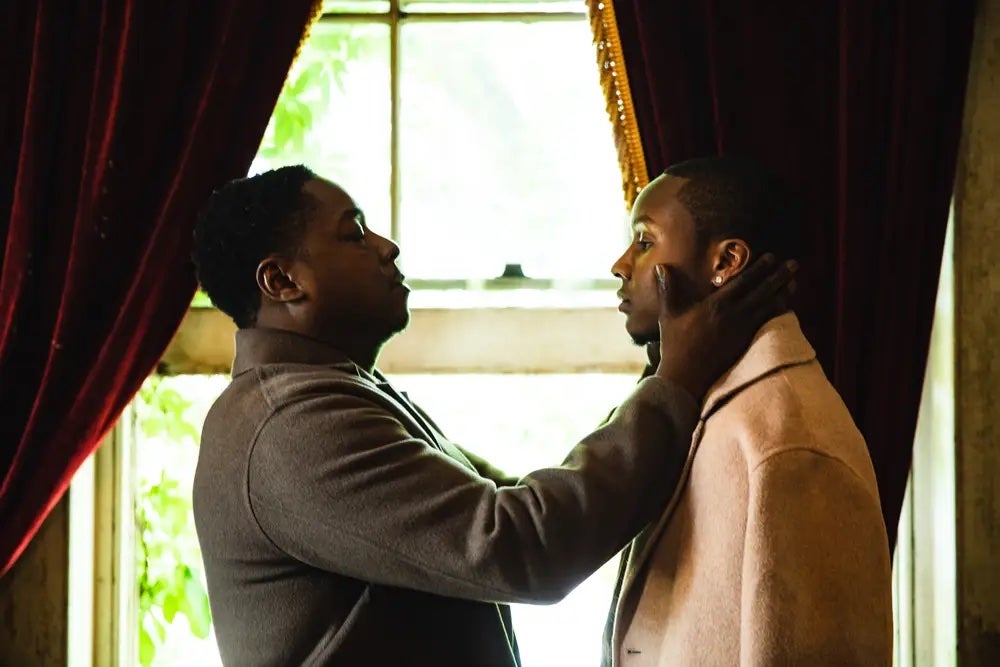 Jason Phillips and his son, Jaewon. Courtesy of Michael Chavez Booth via BI

“The first week, we were getting hundreds daily,” Jaewon recalled. “It was a lot, a little overwhelming, but once we got it under control and got a system going, it was perfectly fine.”

With both his father and grandfather solidified in their respective fields, growing up Jaewon said he learned the value of listening and perseverance, which has helped him succeed in his role in the business. They taught him “to be prepared” for any opportunity that comes his way.

“He has four other siblings,” Jadakiss said, adding that he instilled the importance of earning “your keep, investing and saving.”

‘There’s no ceiling to coffee.’ 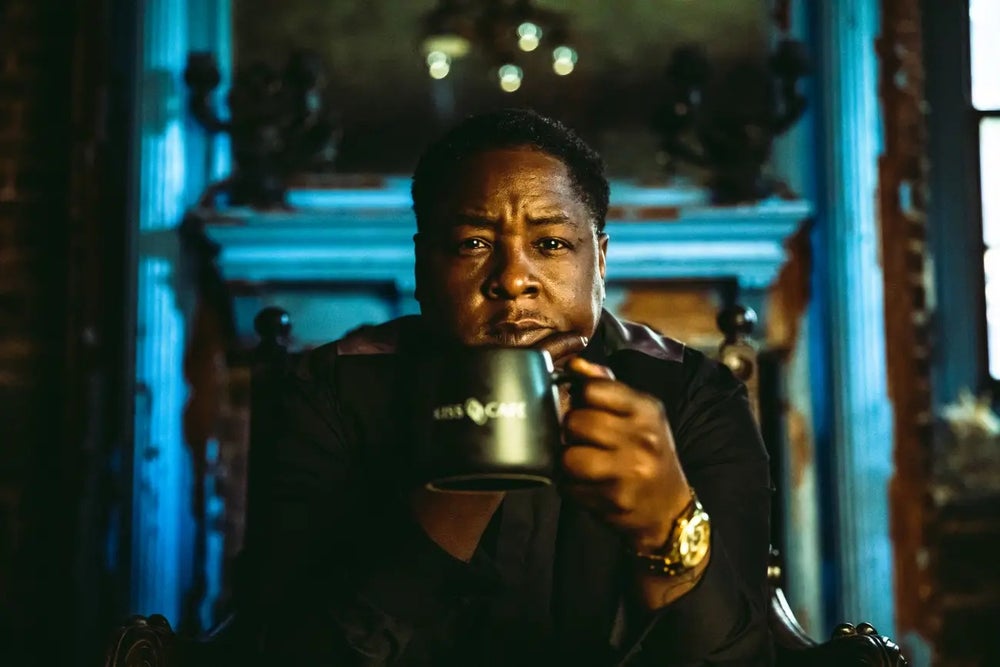 The concept of the new venture stems from the night of the long-awaited 2020 Verzuz between the Yonkers MC and Brooklyn rapper Fabolous. The hit-for-hit battle between the two produced viral meme-worthy content of the lyricist getting a little tipsy — eventually leading him to capitalize on the moment by launching “#JadaDrunk” merch.

“My granddaughter had come over, and she was showing us the comments that were coming in on Instagram, and people were saying, ‘Get Jada some water.’ And that ‘He’s a little wobbly,” Bob said. “His fans were having some fun, and the idea became much stronger at the point I’m saying, ‘Maybe he needs a cup of coffee to help straighten him out. Now, here we are.”

Aside from his hip-hop roots and his family’s coffee business, Jadakiss has been an entrepreneur in other areas— including partnering with his group member Styles P, whose real name is David Styles, on a healthy juice bar called Juices For Life.

Getting involved in the coffee industry at this point in his life was a no-brainer due to his family connection, the “Top 5 Dead or Alive” rapper told Insider, and has a greater marketing reach compared to music.

“There’s no ceiling with coffee. Coffee is loved by young kids, the elders, you know what I mean? Everybody. Coffee is consumed by all different people,” Jadakiss said. “I market my music to my core fans, my contemporaries.”

The business is “going higher than top five,” he continued. ” We’re going number one with the Kiss Café.”

His father concurs. Bob is optimistic that the business will have physical storefronts as the coffee line expands.

“The long-term goal is to have brick-and-mortar Kiss Cafés. We want to see as many Kiss Cafés out there as you see Dunkin’ Donuts or a Starbucks right now,” he said. “Hopefully, that’ll happen during my lifetime.”

Why the Fed, and Jerome Powell, should hit the pause button on rate hikes

Sat Dec 31 , 2022
“Hasten slowly and ye shall arrive” said the ancient Tibetan poet, Milarepa. The Federal Reserve Board clearly does not share this philosophy. It has tightened monetary policy at a dizzying pace, taking short-term rates from near zero at the beginning of 2022, to above 4.25%, an increase of more than […] 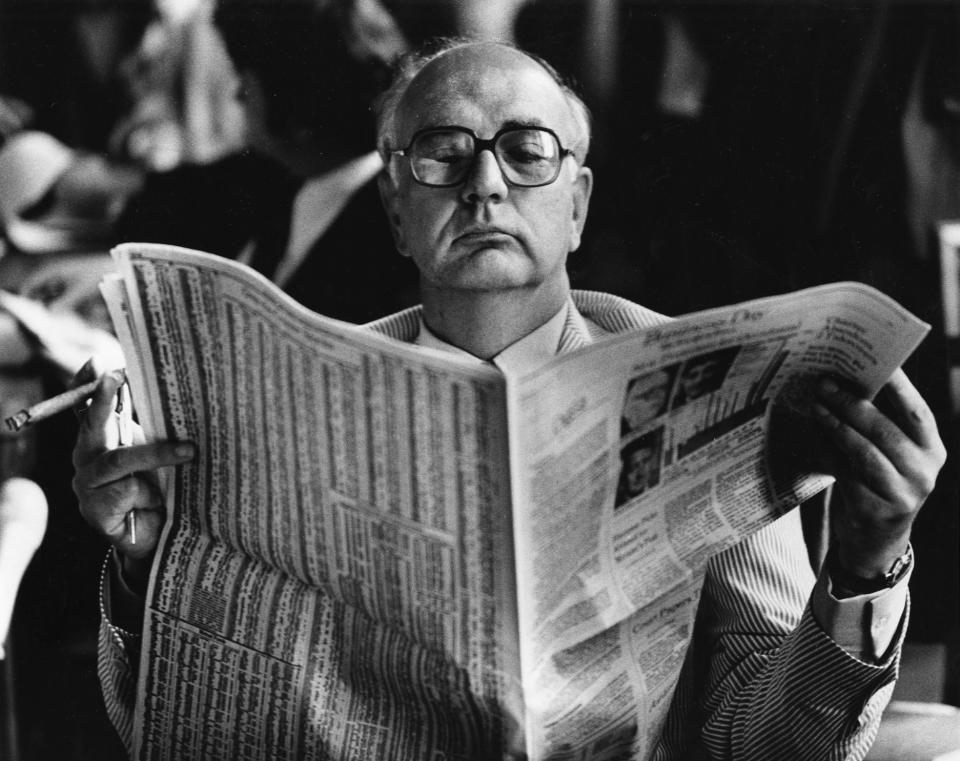