Meta (META) shares plunged more than 22% on Thursday morning after the Facebook parent reported the prior day that its revenue declined last quarter and missed analysts’ expectations.

The bad news comes as the social media giant pushes harder into the metaverse, the 3-D virtual world that inspired the company’s leadership to change its name. Not everyone’s sold on the change, and the numbers coming out of Meta and the broader macroeconomic environment certainly don’t help matters.

“There is also a messaging problem here,” MKM Partners Managing Director Rohit Kulkarni told Yahoo Finance Live on Thursday. “They’re making progress versus Apple and TikTok and they’re getting hit on macro as well as metaverse.”

Meta’s earnings report and sinking shares mark just the latest bad news for Big Tech. Even the sector’s biggest names, including Alphabet (GOOG, GOOGL) and Microsoft (MSFT), have been rattled by a hawkish Fed, an inflation squeeze that’s made its way to consumers, and forex headwinds.

But Meta still stands apart. The company changed its name only a year ago, signaling its pivot towards the metaverse and away from the social media business that built it. The division that oversees the company’s metaverse efforts, Reality Labs, has also been losing money, with Wednesday’s report revealing a loss of $3.7 billion last quarter compared to $2.6 billion in the same quarter last year.

“With regards to the metaverse, Zuckerberg has been clear that it’s a long term play but Horizon Worlds right now is a virtual ghost town, especially compared to other 3D immersive platforms like Roblox,” Forrester VP and Research Director Mike Proulx told Yahoo Finance Live.

Ultimately, there’s a nagging sense among company watchers that Meta’s missing something right now, at a crucial time for it and for Big Tech as a whole. The company has stepped away from its “core business,” possibly due to fears about growing competition in the social media space. That retreat has created a simple logistical problem, according to Needham analyst Laura Martin.

“Nothing they spoke about yesterday actually is the business that today is worth $300 billion market cap,” she told Yahoo Finance Live on Thursday. “It’s almost like [Mark Zuckerberg] has walked away from the core business that’s historically made all the money.”

Click here for the latest trending stock tickers of the Yahoo Finance platform.

Read the latest financial and business news from Yahoo Finance.

Download the Yahoo Finance app for Apple or Android.

Burlington entrepreneur aims to help with the haul

Sat Nov 5 , 2022
Kitter Spater of Sloggn Gear Company stands on a cooler attached to one of his modular vehicle racks in Burlington on Tuesday, Oct. 25. Photo by Glenn Russell/VTDigger Kitter Spater was frustrated with hauling things around in his vehicle.  On trips to Sugarbush Resort in Warren, the skier noticed that […] 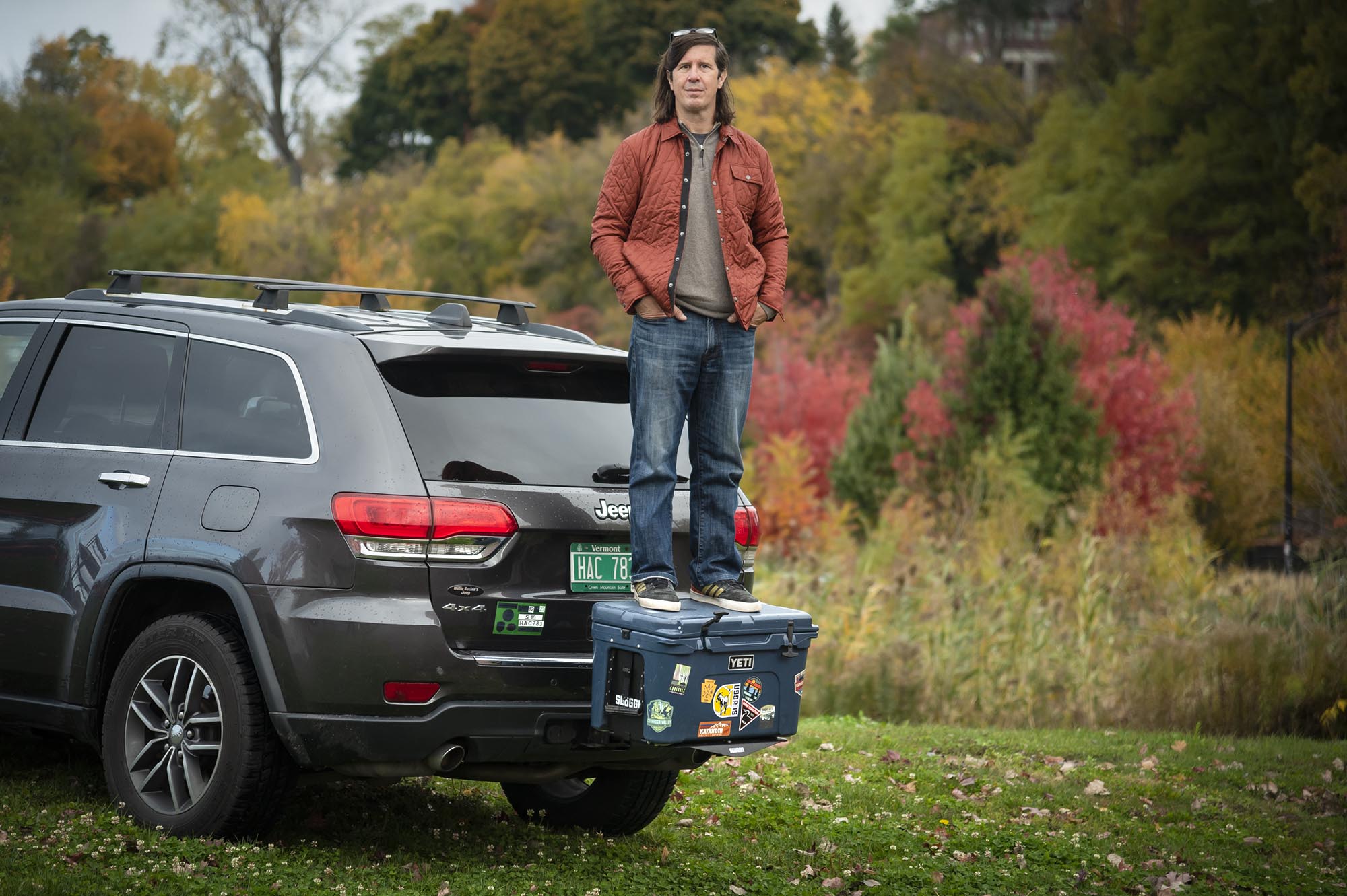