LONDON — A major reshuffle and the scrapping of a key tax-cutting pledge by U.K. Prime Minister Liz Truss on Friday wasn’t enough to placate markets with the pound and government bonds continuing to sell off.

At a hastily-arranged news conference, Truss reversed plans to scrap an increase in U.K. corporation tax — the second backtrack on her controversial “mini-budget” which has roiled markets since it was announced on Sept. 23.

But they gave back gains after the conference, with the 30-year yield returning to around 4.819% by around 5 p.m. U.K. time.

Sterling whipsawed during a volatile session and fell around 1.1% against the dollar after Truss’ speech, trading at around $1.1205.

It seems that Truss’s speech did little to reassure markets, or to convince analysts that Britain’s financial storm has passed.

Rather than settling the waters, Truss’s U-turn on tax decisions will leave investors cautious of future political upheaval, according to Mike Owens, a U.K. sales trader at Saxo.

“This historic U-turn could bring some joy to the market, though act as a warning and increase uncertainty over further short-term change of hearts, which will continue to see the economy travel down Liz Truss’ political helter skelter,” Owens said in an analysis note.

The announcements Friday may have come too late, suggested Ben Laidler from investment company eToro. “There is a feeling that the horse may have bolted,” Laidler said in a note released just before Truss’s statement.

“The costs of the mini-budget horror show have already been high and it’s not clear that the expected corporation tax U-turn will sustainably calm markets,” he said.

“It remains to be seen if any announcement will be enough to underpin markets, after today’s end to the Bank of England’s emergency support of the UK bond market,” Laidler concluded.

Corporation tax was set to increase from 19% to 25% under Truss’ predecessor, Boris Johnson, but that was scrapped by Truss during the mini-budget on Sept. 23. The tax will now increase as originally planned.

“It is clear that parts of our mini-budget went further and faster than markets were expecting so the way we are delivering our mission must change,” Truss told a press conference on Friday.

The end of Truss?

Berenberg Bank described the policy U-turn as “a major humiliation for Truss” and suggested her days as prime minister may be numbered.

“It is not easy to see how Truss – whose personal mandate is now in tatters – can continue as PM for long,” the bank’s analysis read.

“We would not be surprised if Conservative MPs pressure Truss to resign in coming days. With more than two years to go until a general election needs to be held (January 2024), the Conservative Party may decide its best shot to stay in power is to quickly move on with a new leader,” it concluded.

Citi Bank went one step further and questioned whether the Conservative Party more widely was capable of navigating the current economic situation.

“The fundamental question here is whether any Conservative leader can offer credible economic direction. We are increasingly unsure,” an analysis note from the bank said.

“The implication is PM Truss now faces a squeeze between her Parliamentary party on the one hand and markets on the other. We do not expect financial concerns to abate as a result of today’s action,” Citi Bank said.

“Instead we believe further market instability likely lies ahead,” it said.

Stocks fall as earnings roll in, yields charge ahead

Sun Oct 23 , 2022
U.S. stocks closed another session of losses Thursday as third-quarter financial results from companies continued to barrel in against a backdrop of persisting growth concerns on Wall Street. The S&P 500 (^GSPC) fell 0.8%, while the Dow Jones Industrial Average (^DJI) shed around 90 points, or 0.3%. The technology-heavy Nasdaq […] 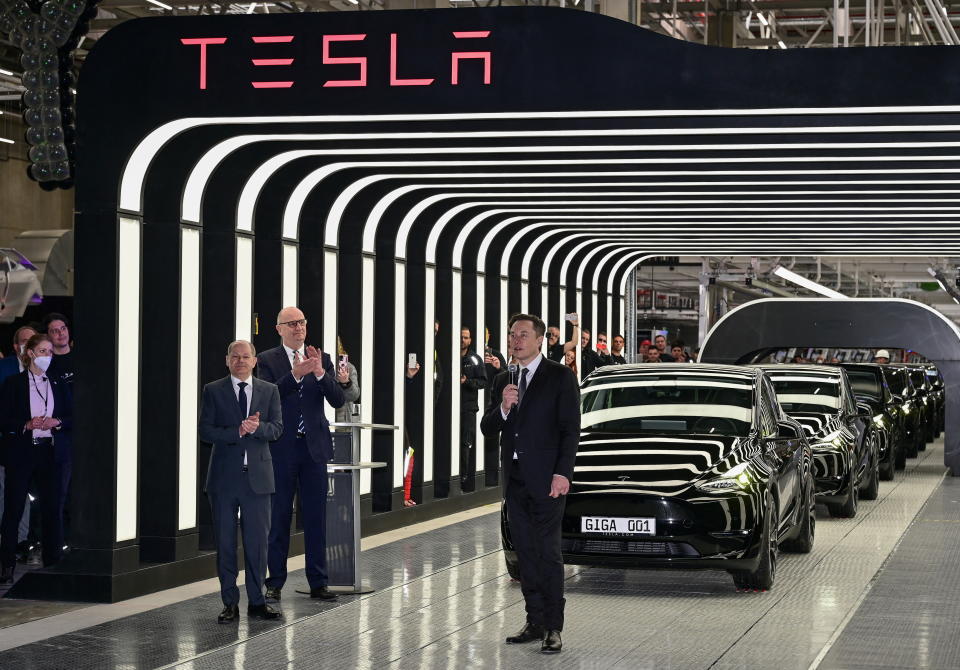