When Brian Kippen decided to open up a location of his business, KAD Models and Prototypes, in East Randolph, he was excited about his proximity to Vermont Technical College and the Randolph Technical Career Center.

Three years later, he’s now teaching advanced manufacturing to high schoolers at the Randolph center in an effort to expose students to the field and educate the next generation of skilled workers.

“I find that my work here is probably going to be more beneficial in the long run than turning out parts for companies,” said Kippen, whose company designs and builds product and component prototypes. “There’ll need to be somebody to replace me.”

Kippen, 39, estimates that 90% of Vermont’s manufacturing companies are looking to expand their workforce. He hopes that by introducing young people to advanced manufacturing he can show that a job once thought of as “dirty, dark and dangerous” is now a well-paying and highly skilled technological field.

Kippen, a graduate of South Royalton High School, founded KAD Models in 2012 in Alameda, California, working on prototypes for companies such as Google, Tesla and Camelbak. The company expanded to East Randolph in 2019. Kippen said adding a Vermont location has doubled the size of his workforce and revenue and opened his eyes to the world of manufacturing in the Green Mountain State.

“There’s actually more manufacturing going on in New England than I anticipated,” he said, “But the entire state of Vermont is needing people (to work) in manufacturing.”

So this year, Kippen began teaching manufacturing and fabrication at the Randolph Technical Career Center. He’s kept his role as chief executive officer, but stepped away from most of KAD Models’ daily operations. Part of that decision had to do with the role Vermont’s public education system had in his life.

“People may say that Vermont isn’t the most business friendly because of X, Y and Z,” Kippen said, but “I see the benefits of being in Vermont. I was a public education kid, even though I say I was a D student; I had great, influential teachers. You don’t get great stuff without paying for it in some way.”

Currently, Kippen — who splits his time between Tunbridge and Berkeley, California — has 10 students who he teaches skills ranging from welding to manufacturing and mechatronics, a branch of engineering involving mechanics, electrical engineering and electronics. He’s helped upgrade the program’s computers, received a grant to buy new manufacturing equipment, and will start teaching computer-aided machining.

17 career centers and a collaborative

“These are not 60-year-old guys like me,” Gray joked. “They’re young people … coming in from the industry wide-eyed.”

Gray said some career centers had teaching positions in manufacturing that were vacant for two years. To have a new crop of instructors is exciting.

A 10-minute drive from KAD Models, Barry Hulce is helping start the Vermont Manufacturing Collaborative at Vermont Technical College. The new advanced manufacturing center is a public-private partnership that gives students the opportunity to work on projects for real businesses.

The goal, Hulce explained, is to make advanced manufacturing learning and equipment accessible to both Vermont’s students and businesses.

Hulce said businesses in Vermont are seeing a “recycling” of skilled workers between companies. For businesses to grow, the workforce has to grow, too.

One way the manufacturing collaborative hopes to solve that problem is through its industry project program, which allows students to work on projects for companies, giving them insight into what a career in advanced manufacturing would look like.

“We have a big queue of companies who need work done,” Hulce said. “They can’t do it internally, because they don’t have the resources. Engaging students with real-world projects gets important work done while training the future workforce.”

Students take the lead, sometimes communicating directly with the client, participating in regular progress updates, and being paid for their work, Hulce explained. Once the project is completed, Hulce sends student bios to the client to help facilitate a hire.

“In all of the manufacturing and the mechanical engineer technology programs, there is 100% placement, and everyone looking typically has an offer” well before graduation, Hulce said. “Those programs are really well known for the students’ capability coming out, because they are doing so much hands-on learning and complete real world projects.”

Kippen has helped out tremendously with the collaborative, Hulce said, helping train some of the engineers at the center and offering industry insights. It’s all part of Kippen’s broader philosophy about manufacturing in Vermont: A rising tide lifts all boats.

“In order for us to become any type of manufacturing country again, we need to work together. We need to try to build things to a point where companies aren’t going out of business because they can’t find people to work,” Kippen said. “That’s the reason why I took the position as an educator. You want to be able to say, ‘This is what’s available, and this is what can be done with it. And maybe you don’t need a college education to do well.’”

If you want to keep tabs on Vermont’s education news, sign up here to get a weekly email with all of VTDigger’s reporting on higher education, early childhood programs and K-12 education policy.

Inflation data raises doubts about whether Fed will 'stay the course': Morning Brief

Fri Nov 18 , 2022
This article first appeared in the Morning Brief. Get the Morning Brief sent directly to your inbox every Monday to Friday by 6:30 a.m. ET. Subscribe Friday, November 11, 2022 Today’s newsletter is by Jared Blikre, a reporter focused on the markets on Yahoo Finance. Follow him on Twitter @SPYJared. […] 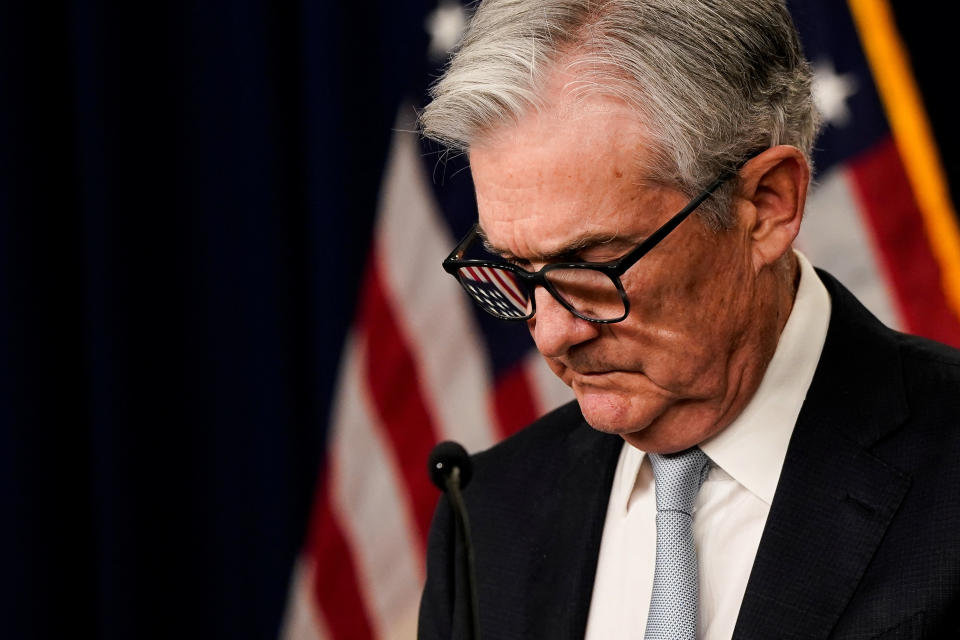