In fact, when I made a plan to leave my 9 to 5, I had an honest conversation with myself about whether or not I was okay with the possibility of only making $60,000 per year as a money coach — less than half what I was paid at my consulting gig.

And my answer? Absolutely.

As a 31-year-old millennial who graduated college with around $80,000 of debt for a degree in English and Spanish, I never would’ve dreamed I’d be able to someday consider taking a pay cut to quit my job and go full-time with my business. In fact, prior to 2018, I was still living paycheck to paycheck, knew nothing about investing and assumed I’d work the rest of my life.

You see, I grew up believing I was just “bad with money,” like it was some character flaw you were either born with or without. I’d seen my parents struggle with credit card debt, furloughs during the Great Recession and the unending stress of living paycheck to paycheck while raising five kids. I thought struggle was normal, especially when it came to money.

I started working at the age of nine to have a little spending money and hoped I’d someday do better, but money always burned a hole in my pocket, no matter what I did.

I kept telling myself if I just had more of it, things would be fine.

Spoiler alert: No matter how much money I made, it never fixed the problem of my overspending.

It wasn’t until 2018, after spending most of my 20s without an emergency fund, overspending, not investing and thinking I’d die with student loan debt, that I decided it was time for a change.

Related: Instead of Panicking, Deal With Your Student Loans Like a CFO Would

I started learning about the debt-free community, which led me to the FIRE (financial independence, retire early) community, and eventually I thought, Why not me? Why not at least try?

Not only do I now know the peace of financial flexibility and a retirement savings that I’ve already invested enough in to have millions by the time I retire even if I don’t invest another dollar, but it also led me to something I never expected.

But this time last year?

I was just excited to even be able to consider quitting my job to pursue my passion of teaching people about money full-time.

So, with a year’s emergency fund saved and a solid $5,000 from one-on-one coaching filtering into my bank account each month, I went off into full-time entrepreneurship land.

By recognizing I had to scale, bringing in an expert and focusing on one funnel and one product.

Recognizing I needed to scale

When I quit my job, almost 100% of my income came from one-on-one coaching. In fact, during my first month of full-time business ownership, I had 60 coaching calls, with more than half of the calls lasting two hours.

By the end of the first week, after 17 coaching sessions, I was already losing my voice, and feeling drained and discouraged.

I knew I couldn’t keep up with that kind of grueling schedule, so I increased my prices in October and again in December, thinking it would lighten the load without really impacting my income.

By the end of the year, I charged $499 for a two-hour session and $299 for a one-hour session — but no matter how many times I increased my prices, I still sold out within 24 hours of announcing openings in my coaching calendar.

The coaching clients kept rolling in, and I had a hard time saying no to the emails requesting help as soon as possible or clients who needed another follow-up call. So, despite trying to manage my client load, I’d always end up with more than I could handle. Between October and December that year, I ended up coaching nearly 150 people.

I was exhausted and already burned out, just two months into full-time entrepreneurship.

Then, one day while lying on the couch to close my eyes for three minutes before the next coaching call, it hit me: I needed to scale. At the rate I was going, I’d be back in corporate in three months. I was capped, and despite wanting to help more people, my system at the time was unsustainable.

I needed to find a way to move beyond selling my time. But I had no idea where to begin. That’s why I decided to bring in an expert.

Related: 5 Marketing and Branding Tips to Scale Your Online Business

Bringing in an expert

Scaling beyond coaching was new territory for me, and although I’d seen other creators create courses and digital products, I wanted to make sure I was doing what was best for my business.

When I started shopping for a business coach, I was nervous because there are so many problematic business coaches who teach people how to run a business despite never having run a business before. I wanted someone I could trust, and who I knew had worked with people in a similar niche, with similar goals.

After doing my research, I decided to hire a well-regarded coach who had helped the giants in the space scale to multi-six-figure — and even seven-figure — businesses. She’d be the person who would teach me how to launch a course and build a funnel.

By working with my coach, I was able to go full-speed ahead and avoid a bunch of mistakes I would’ve made trying to do it all myself — mistakes that would’ve cost me time and money.

Investing $2,000 into my business resulted in my first product launch bringing in $35,000 — but I would’ve never gotten these kinds of results if I hadn’t hired my coach and implemented a funnel.

Related: 10 Reasons Why You Need a Business Coach

I did not know what a funnel was when I quit my job, but my funnel was the single most important investment I made in my business.

A funnel allowed me to make sales without doing anything — no posting, no DMing people, no going live to push the sale.

Instead, I was able to get people into my funnel and let the funnel do its automated magic.

Here’s how my funnel worked:

Keep in mind: At each stage, I was providing more value.

My funnel made me sales even while I slept. No posting. No exhausting my followers on all my accounts to get in on the sale. My emails were set up to do it all for me so I could spend my time doing other things to build my business.

The emails people received after signing up for the free class addressed their concerns, answered most frequently asked questions, shared testimonials and painted the appealing picture of what their life would look like after they completed the course.

I’ve come to view my funnel as a relationship builder.

So many content creators create a course or digital product and push it out to their audience without a funnel. They just put it on sale and hope people from their Instagram or TikTok will buy it because it exists. If you build it, they will come, right?

We have to nurture the relationship, and an Instagram follower is at a much different stage than an email subscriber or someone who has downloaded your free guide and attended your workshop.

We have to provide consistent value that builds trust with our ideal audiences. Going straight for the killshot of “Hey, buy my product” would be like asking for a job without having ever applied or submitted a resume. You need to date your leads and nurture them by providing value.

Focusing on perfecting my funnel has allowed me to zone in on what is and isn’t working, understand my audience better and not get distracted by the shiny-object syndrome that so many new entrepreneurs face.

Focusing on one product

Focusing on one product also allowed me to scale for several reasons.

First, it allowed me to streamline my messaging to my audience to make sure they were never confused about what I have to offer. I wanted to guarantee people went to my page and saw immediately what I specialized in: lazy investing. Not a little bit of lazy investing with some debt pay off, credit repair and budgeting sprinkled in. I want my audience to come to my page and understand exactly how I can help them.

Think about the last time you were shopping for a service: for example, a person to clean your home.

If you came across someone who had a list of services that included lawn care, car detailing, oil changes, handyman services — and oh yeah, they’d also clean your home for you — you likely wouldn’t choose that person over someone who made it clear that cleaning your home was the only thing their business did.

Focusing on one product also helped me master the product, which only made my confidence in the product stronger and, in turn, allowed me to sell with ease.

When we know without a shadow of a doubt that our products solve the problem we say they do, selling becomes simply highlighting the problem and explaining how our product is the solution.

I don’t think I could’ve made as strong of a course had I not focused on only that course in the last year. Every month I added to it, tweaked, surveyed my members and found new ways to improve it. And the result is more than 500 happy customers who are now out there building wealth on their own.

We all know how overwhelming and stressful it can be to manage a million different things: coaching, courses, digital products, group coaching and the list goes on. The mental space and clarity that come with focusing on one thing is something I’ll continue to prioritize as I build out more products in the future.

Related: 3 Things You Need to Know About Launching a Product Business

Now that I’ve worked on The Lazy Investor’s Course and its funnel for a year, you might be wondering if I’m moving on to something new.

But in 2023, I plan to continue to perfect the funnel and my offer. Because even though I’ve made more than $300,000 from my business so far, I know I can still make improvements. So I’ll continue to refine this one offer I have until I’m confident I’ve squeezed everything out of it that I can.

And then — and only then — will I move on to the next thing.

As my friend Allison Baggerly said in her keynote at Fincon this year: simple scales.

Simple allows me to maintain a level of sanity and make sure I don’t burn out.

Thu Dec 1 , 2022
Spotify (SPOT) is escalating its public battle with Apple (AAPL) over its controversial app store practices. In a lengthy thread posted to Twitter on Wednesday, Spotify CEO Daniel Ek wrote: “As countless entrepreneurs have highlighted, Apple is shameless in their bullying including our recent efforts to help authors sell more […] 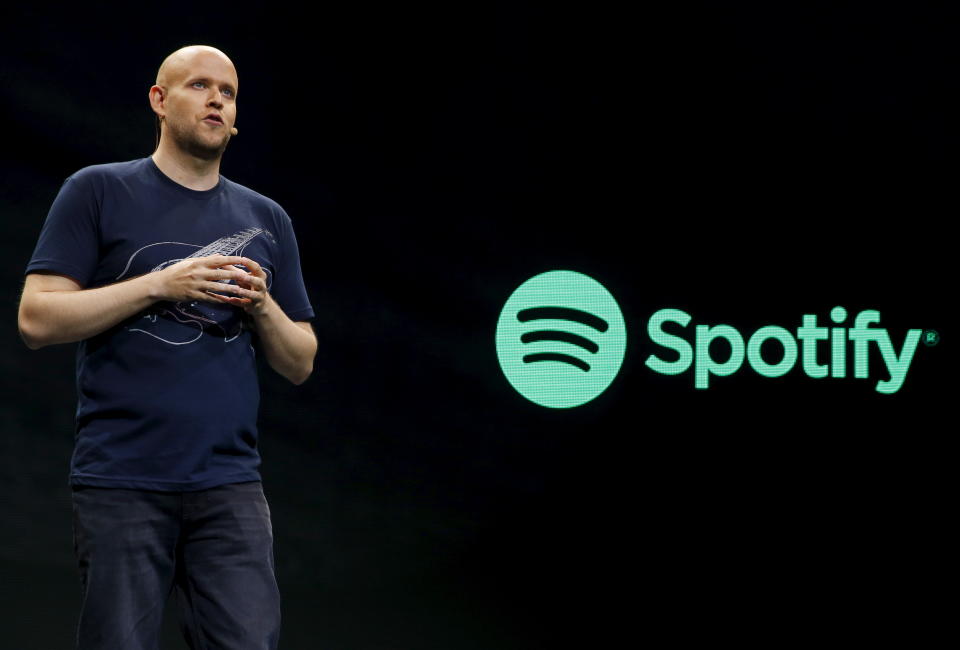