What started as a bid to make some extra cash ahead of the holiday season turned into a cautionary tale and a $300 loss.

That’s right. I, an editor at a business publication that often warns our readers about the dangers of online scams, fell victim to an online scam.

The saga began at a sample sale, where New Yorkers like me go to purchase goods at a massive discount — if we’re willing to sort through the endless racks of designs that went unsold at luxury retailers.

And if you’ve ever experienced a sample sale, you know it’s pretty cutthroat. Not only are you fighting to find what you want in your size, but these sales also don’t typically have fitting rooms, leaving customers with no choice but to buy the product they want and hope it zips up once they get home.

Sadly, one pair of pink high-rise pants that cost me around $150 at one of my sample sale adventures did not rise to the occasion, literally. The pants sat in my closet for months mocking me, and with the holiday season approaching, I figured it was time to find them a new home and me some extra cash.

So I turned to Facebook Marketplace, something I’ve done numerous times before. The majority of my furniture was sourced from the platform, and I’ve even sold and traded a couple of pieces myself. 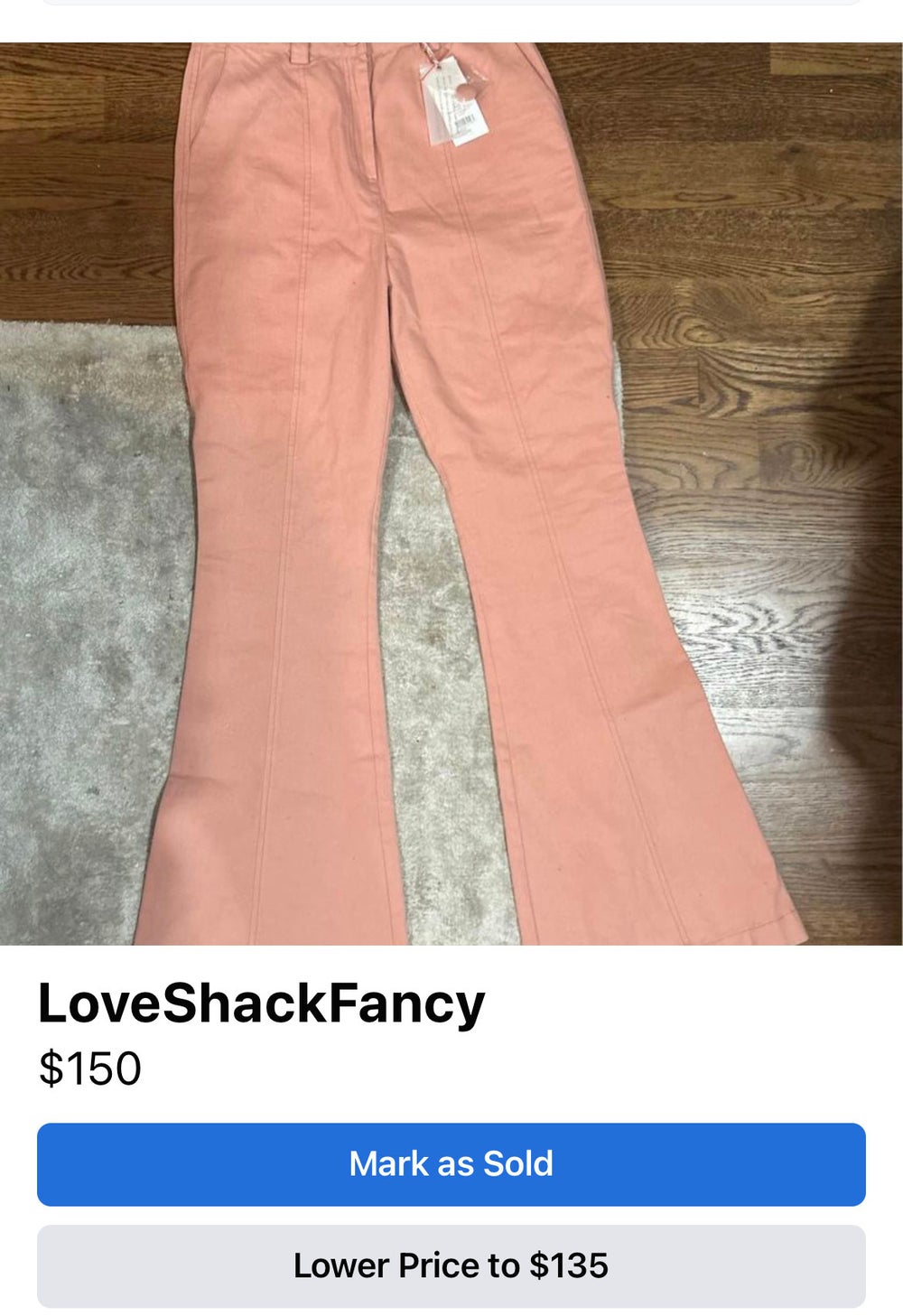 I listed the pants on Facebook Marketplace for $150. Two days later, I got an inquiry from what appeared to be a nice older woman named “Nancy Andrews.”

She wanted the pants and said her cousin would pick them up from my apartment the next day. She said she’d send me the payment over Zelle. Everything seemed standard at this point.

I received a very legitimate-looking email from what I thought was Zelle stating that the buyer must send me $300 to upgrade my account to a business account. The buyer allegedly received the same email and said she had no problem doing so as long as I agreed to send her the overbalance back. I of course agreed.

I then received another email from the same legitimate-looking Zelle address asking me to send $300 to the buyer to confirm me as a business account. After doing so, I would receive a $300 refund and $150 for the pants. 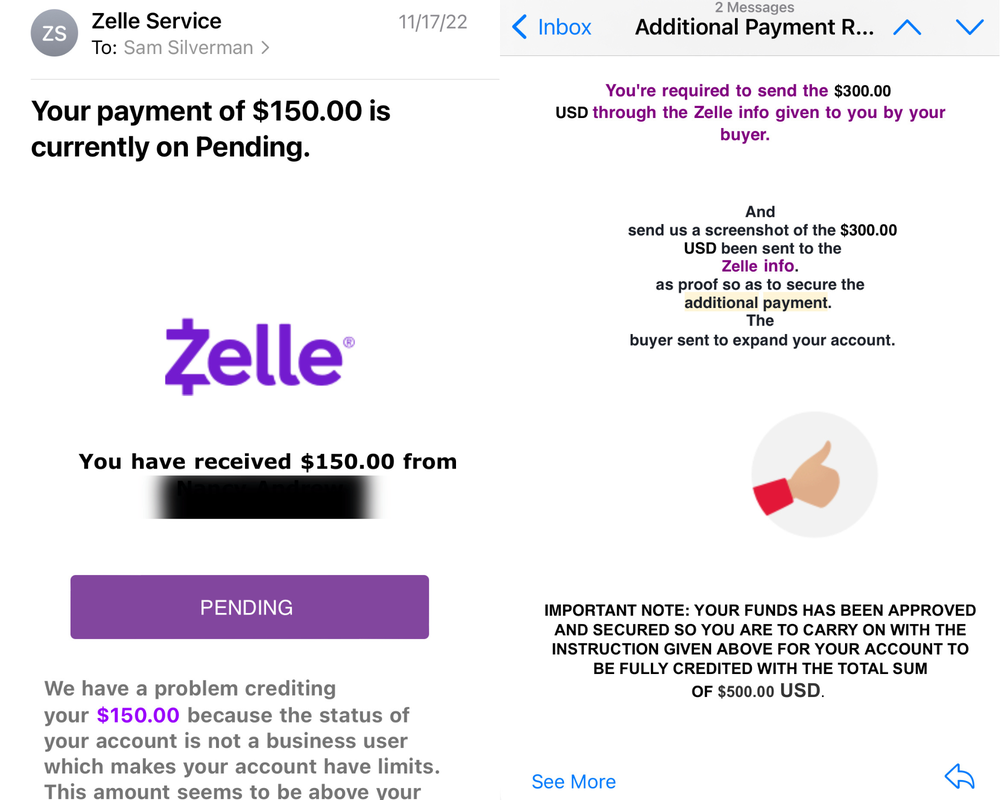 At this point, I was very hesitant. However, the woman was being very kind to me and said this had happened to her before. I asked her to switch to Venmo, and she said she trusted Zelle more as she had been scammed in the past.

After going back and forth, I gave in. I just wanted to get rid of these pants and continue with my day. I sent the Zelle to an email account provided by the buyer. But then I received another email asking for more money. At that point, I knew I screwed up.

I told the woman I refused to send any more money, and she then sent me several angry messages begging me to continue the process. She even sent me a screenshot of her bank account to prove she sent the additional funds to upgrade my account.

She also called me several times, and her tone was not pleasant.

I immediately called my bank and explained what had happened. Other than filing a report, they told me there wasn’t much to be done and these scams are common and are similar to a stolen car. If you recoup the funds that’s great, but it’s unlikely.

I was also instructed to file a report with the Internet Crime Complaint Center and to report the Facebook account I was corresponding with. However, Facebook quickly got back to me stating that it didn’t deem the account a threat and would allow it to remain active.

Shocked by how easily I was deceived, I began investigating the series of emails I received from Zelle Services. As I was initially viewing the emails on my phone, I never took note of the email address the messages came from. To my surprise, the address was “[email protected]” Now, I’d imagine an official Zelle contact wouldn’t use a Gmail account or spell “service” with two Is. 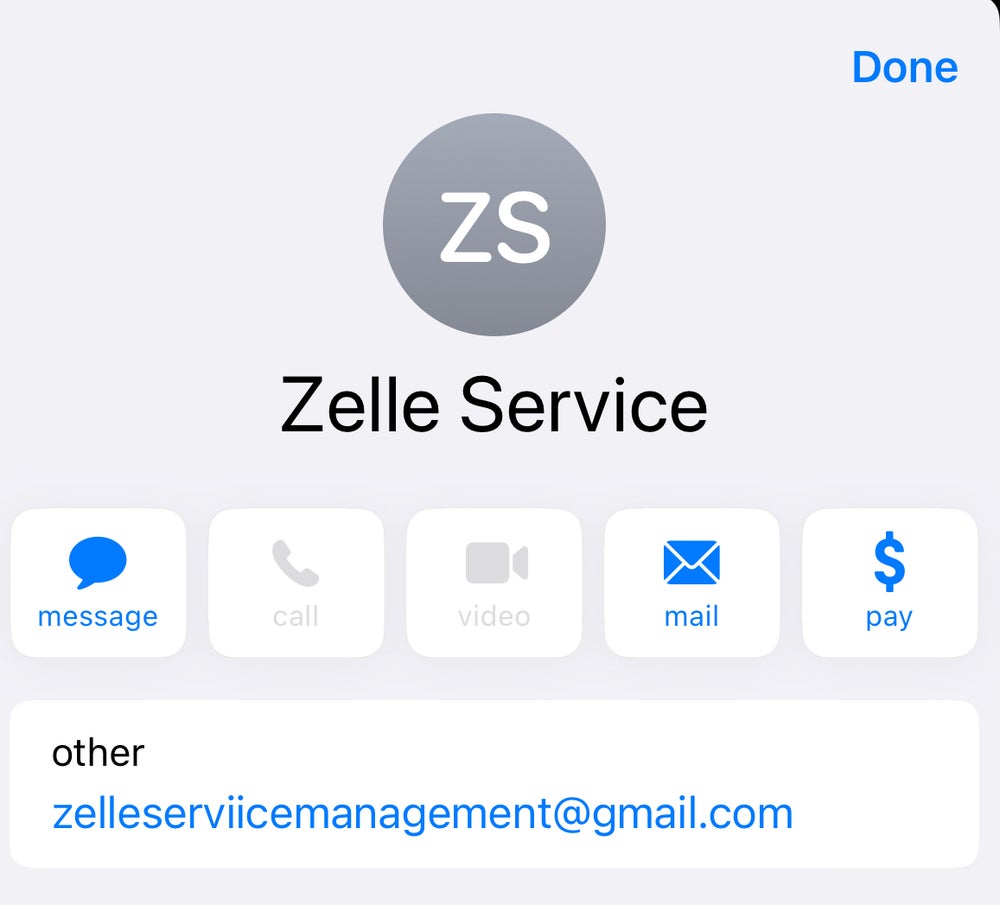 Despite clearly being deceived using Zelle’s name, the company states it is “unable to assist with getting your money back,” however, ” it is important to us that users have the ability to report this experience.”

Although I was kicking myself for falling victim to a scam, by no means was I alone.

Data provider Been Verified analyzed 165,000 scam complaints over the past three years and found that Facebook Marketplace scams grew 184.8% in the past year. This makes them the fastest-growing scam of 2022, with sellers and buyers both reporting illegitimate transactions.

In one instance, a Michigan woman lost her $15,000 life savings in a Facebook Marketplace car scam.

Additionally, Zelle scams were listed as the second fastest-growing scams by Been Verified, with Zelle scams up 86% this year, many of which were tied to Facebook Marketplace listings.

The payment platform’s transactions are encrypted, which makes it hard for hackers to reroute an ongoing payment. But as a peer-to-peer payment provider, it makes it nearly impossible for people to recover cash they were deceived out of.

To combat this dilemma, banks JPMorgan Chase, Wells Fargo, Bank of America and more are in talks to devise a standard plan to compensate customers who were bamboozled using Zelle.

The banks would share liability within Zelle’s systems, and in the event of a scam, the funds would be returned to the victim’s bank account, according to the Wall Street Journal. Other financial institutions — Zelle currently works with more than 1,800 — would have to agree to the new policy or risk being cut from its network. The policy could go into effect early next year.

Zelle operator Early Warning Services LLC claims scams only make up 0.1% of the payments made on the platform, which totaled $490 billion in 2021.

Facebook Marketplace and Zelle aside, scams have become increasingly prevalent across the country. In 2021, non-payment and non-delivery scams cost people $337 million, according to the FBI’s Internet Crime Report.

At the same time, scammers have gotten more sophisticated.

“Technologies have made it easier to do a better job of impersonating,” AJ Nash, vice president of intelligence at ZeroFox, told Entrepreneur. “It costs very little to buy a domain that looks very close to the real one. It’s a misspelling, or they use a lowercase ‘L’ to replace a capital ‘I.’ There’s a lot of different ways to set that up.”

From phony websites to email addresses, it doesn’t take much to make something appear legitimate.

“The longer you go down those paths, if adversaries link things together and layer them, the more trust it creates,” Nash says. “If you believed the first thing, then everything else is going to reinforce that as a potential victim.”

How to avoid online scams

It’s important to keep your eyes wide open during any online transactions.

Look for discrepancies in spelling and grammar, and view your transaction on a larger screen to make sure you don’t miss anything. Nash also suggests copying and pasting addresses and URLs into a document so errors are easier to spot.

He recommends having a separate credit card for online transactions to prevent attackers from moving “laterally” through your other accounts and using different usernames and passwords for all of your accounts.

“If they trick you into the website and you give away your information, [for a] lot of folks, that means you give away everything,” Nash says. “It turns out that’s the only password and username used for everything. This is the time of year to remember to randomize passwords and use password management and two-factor authentication.”

Most importantly, pay attention to detail and take a breath. If I wasn’t in such a tizzy trying to make the transaction work, I might have saved $300.

Long story short, my pants are still for sale.