The IFC describes in its Business of Health in Africa report how healthcare in Africa is overwhelmingly the worst in the world!

The countries with the highest rates of maternal death, death under 5 years old, deaths from trauma & injury and deaths from infectious disease are nearly all in Africa.

So why is healthcare in Africa so poor?

Ultimately, it comes down to resources. Especially as the price of healthcare globally continues to increase. Jon Guber, a Professor of Economics at MIT describes how in 1950, the American government spent 5% of GDP on healthcare. In 2012, it spent almost 20% of GDP on healthcare. By 2075, its projected to be 40%. That means 40 cents out of every $1 generated in America will go to healthcare!

Africa makes up 16% of the world population and carries 23% of the global disease burden, yet it accounted for just 1% of total global health expenditures in 2015.

Africa has a population of 1.3bn people and an economy smaller than California’s (population 40m), this level of poverty magnifies the need for healthcare whilst simultaneously decreasing the capacity to pay for it.

This article explores how project finance can help change this.

What is project finance?

Project financing involves raising funds on a limited recourse or nonrecourse basis to finance an economically separable capital investment project by issuing securities that are designed to be serviced and redeemed exclusively out of cashflow.

Project financing is not based on the firms existing credit like conventional direct financing, rather it is based on cash flows from a particular project.

My experience in project finance, both as an investment banker and as a Professor of finance, has firmly convinced me of its usefulness in enabling emerging economies to unlock the value of their natural resources and build the infrastructure they need to move forward.

This financing approach has been used to develop transformative projects across Africa such as railways, airports and power stations. But has been underutilized in healthcare because of what I believe to be three main reasons.

1. Firstly, healthcare is not seen as a priority for most Africa politicians. Africans, unlike Americans, don’t not vote on the basis of healthcare. This study from the Atlantic council shows that the top three issues for Nigerian voters were corruption, security and the economy.

This contrasts with places like Britain and America where healthcare is much higher up on a politicians agenda. The politics around funding of the UK NHS and Obamacare vs alternative US healthcare plans are front and center during political campaigns. Healthcare is a make or break election issue in these countries. Finland’s entire government once had to resign over failed healthcare policy.

Two out of the top five issues that mattered most to US voters in the 2020 election were around healthcare as shown in the diagram above. Politicians like to do the things that will win the next election. There is less political will to undertake projects that are not prioritized by the electorate.

At Columbia University, for example, you can spend an entire MBA term learning about just healthcare investment. A deep understanding of healthcare, finance and increasingly technology are required to effectively develop healthcare projects. If as in Africa, there is no one to bridge the gap, deals simply do not get done.

3. Thirdly, fiscal space, many African governments have high levels of debt and therefore feel the need to prioritize spending on the type of projects that can increase economic growth such as power plants, railways, airports and bridges. For example, historically African governments have provided offtake/guarantees for airports, railways, power stations and even factories. Subsidises have been offered for fertilizer, diesel and electricity.

But many African governments still expect millions of the world poorest people to be able to pay out of pocket for healthcare. Even in far wealthier countries like America and the UK most people would be unable to afford quality healthcare if they paid out of pocket. The strong link between healthcare and economic growth is often overlooked. In this article I wrote for Stears Business, I explain how improvements in healthcare lead directly to economic growth.

4. Economies of scale: Large scale healthcare projects provide economies of scale by reducing fragmentation. This provides more efficiency and cheaper costs per patient. It also increases quality. Bulk purchases of equipment and drugs can be made by these large scale healthcare projects further reducing the cost of care. I explain this further in my article on the world’s cheapest hospital.

Large scale centralised hospitals in India allow operations to be done at 1- 10% of the prices of American hospitals, but because of the large volumes, the procedures are profitable and clinical outcomes (quality) are the same, sometimes even better,

5. There are other benefits to governments: economic growth and increased productivity. Africa’s health financing gap is at least $66 billion, and business opportunities in the healthcare and wellness sector in Africa are estimated to be worth $259 billion by 2030.

This holds the potential to create sixteen million jobs!

Three of the top ten American companies by revenue are healthcare companies. The UK NHS is the second largest employer in the entire world. The biggest sources of employment in almost every American state are in healthcare or education.

In Africa, job creation has the knock on effect on increasing security, reducing illegal migration and helping to fight terrorism. Learn about the massive multiplier effect that healthcare has on the economy by watching our webinar with the Nigerian Ministry for trade and Investment.

In the light of the COVID19 epidemic, we have all learned the hard way that poor healthcare infrastructure anywhere, can very rapidly become a problem everywhere.

COVID19 also taught us that most drugs, medical devices and medical consumables come from China. Whilst this is not a bad thing in itself, many countries are looking for ways to diversify their manufacturing supply chains to improve health security. Investment in the African value chain will create new industries enhancing supply chains for the manufacturing of medicines and medical equipment.

Project financing can be a useful part of the funding mix to develop healthcare infrastructure projects in Africa. Utilising this approach more frequently for healthcare would save lives, create jobs, improve global health security and grow the local economy. A better investment would be hard to find.

Learn more about me by reading my profile and the work of the Flying Doctors Healthcare Investment Company by visiting our website.

Sun Nov 15 , 2020
By David Henry NEW YORK (Reuters) – The dollar sank to its lowest level in over two months against a basket of peer currencies on Friday, as vote counting for the contentious U.S. elections slowly moved toward a divided government and investors predicted more losses for the currency. Investors are […] 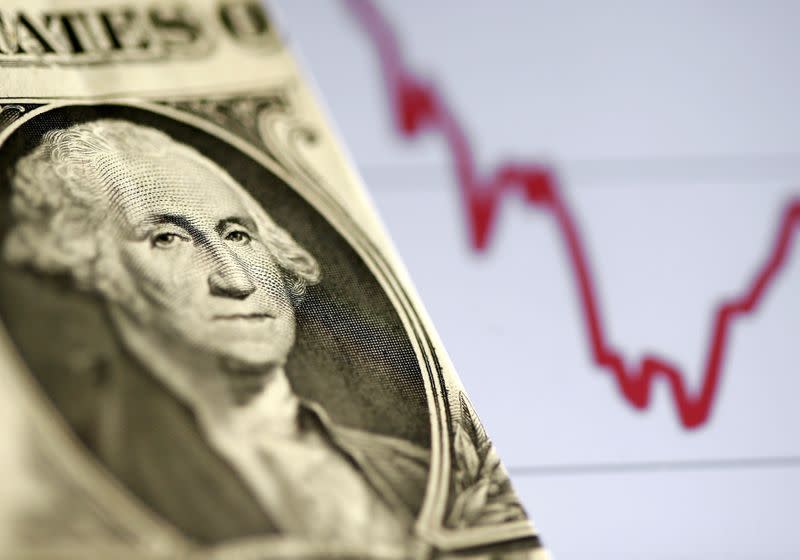