The slide in Amazon stock may be just getting going as concerns mount on the outlook for the tech giant’s costs and top line growth potential, one veteran tech analyst warns.

“We believe that Amazon has the most downside in our mega-cap coverage given its exposure to inflationary cost headwinds and a potential impact from slowing consumption,” Jefferies tech analyst Brent Thill wore in a note to clients. “We show that a bear case scenario of $60B in earnings before interest, taxes, depreciation and amortization (EBITDA) at a 9 times trough multiple would yield a $51 dollar stock, or ~45% downside from current levels.”

Thill, who reiterated an Overweight (Buy equivalent) longterm rating on Amazon, citing its leading e-commerce position, added that “investors need to gain confidence that operating income estimates have bottomed before shares can begin to inflect.”

The news flow around Amazon has been on the bearish side in recent months.

Amazon badly missed third quarter analyst estimates on Oct. 27 as top line growth continued to cool and costs remained elevated. For the fourth-quarter, Amazon guided to between $140 billion and $144 billion instead of the $155 billion then projected by analysts.

Shares were hammered by nearly 10% the following day.

Earlier this month, Amazon then reportedly began laying off 10,000 workers in an effort to get its cost structure under control.

The stock has continued to fall, however — shares are down another 10% in November.

“Macro [economy] is now starting to impact Amazon’s fundamentals, and we are cutting estimates (20%-30% cut to 2023 and 2024 operating income),” EvercoreISI tech analyst Mark Mahaney wrote in a recent note. 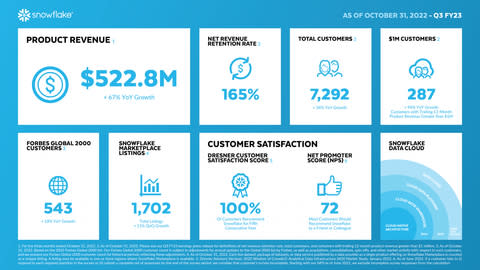