Carvana has had a rough year.

At its high, Carvana stock was trading around $360 in August 2021, but the profits were short-lived as prices began to steadily drop in November of that year — and haven’t come up since. The online used car retailer has seen stocks steadily decline since late 2021, and now things have gone from bad to worse.

Related: Carvana to Lay Off 12% of Its Workforce, Ignites ‘Mass Hysteria’

The somewhat rapid rise and fall of both Carvana and the Garcia father-son duo may be due to the fact that Carvana’s business model was positioned to thrive during the pandemic — the online car retailer buys, sells, and delivers used cars with little to no human interaction — and so experienced unique success during Covid-lockdown, as consumers were hesitant to shop in-person.

However, as people began to trickle back into the world, the model proved to be unsustainable. Along with the volatile used car market, Carvana has had a tough year as far as revenue, and the fate of the company is uncertain as the year comes to a close.

Related: Carvana Stock Could Be Worth As Little As $1 Per Share, Analyst Predicts

The golf business continues to ride its pandemic wave

Mon Dec 5 , 2022
This article first appeared in the Morning Brief. Get the Morning Brief sent directly to your inbox every Monday to Friday by 6:30 a.m. ET. Subscribe Wednesday, November 30, 2022 Today’s newsletter is by Myles Udland, senior markets editor at Yahoo Finance. Follow him on Twitter @MylesUdland and on LinkedIn. […] 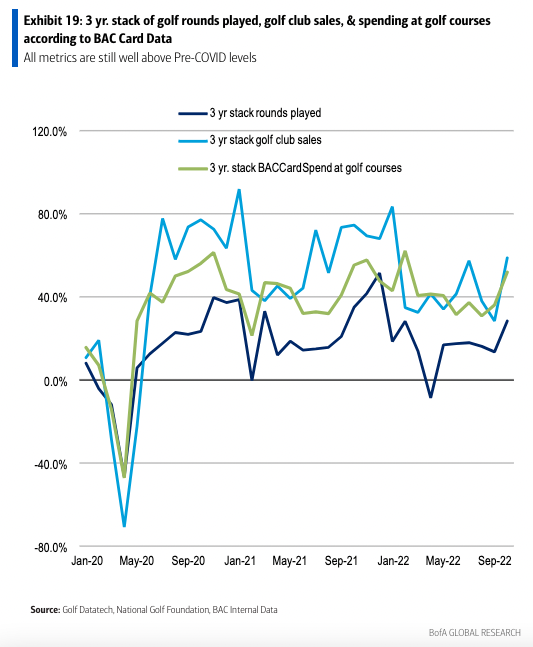