A group mostly made up of female leaders pleaded for a mix of government measures, a cultural shift, and more widely held meritocratic standards to unlock the full potential of Arab women in the workforce.

In a session at the World Economic Forum on the Middle East and North Africa, senior executives and policy-makers on the panel put the onus on individual persistence and meritocracy, while a new generation underlined that equality is – first and foremost – a matter of morality. The market power of women’s increased participation in the workforce could add an estimated $2.7 trillion to the economy on the Middle East and North Africa by 2025, the panel said. This potential is made possible by the increased number of women being educated and going to university, and a shift in laws and culture. But to get ahead, women still need to clear a lot of hurdles.

“You need to be committed and hard-working, of course,” said Sahar Nasr, Minister of Investment and International Cooperation of Egypt. “But you also need a conducive environment. This is where affirmative action matters.” Nasr is one of a record eight female ministers in the Egyptian government and part of a broader societal shift. For Arab women, “economic empowerment is a means to political and social empowerment,” she said.

Some favour more government intervention, including in parental leave policies, to accelerate change. “The way business currently works, is not friendly for the family,” said H.R.H. Princess Dina Mired, President of the Union for International Cancer Control (UICC). “Usually the woman takes the cut.” As a solution, she suggested that “society should support the family more,” and mandate better parental leave, including for men.

A survey revealed during the panel showed that 66% of employees “believe that governments should intervene in private-sector companies and set targets for gender diversity.” Hani Ashkar, Senior Partner, Middle East, PwC, agreed. “We’ve forced a target of 50% of women at the entry level, and it has changed the company,” he said. But he acknowledged that shortcomings remain. “We’re still very light at the top. That’s an issue,” he said.

The Nature of Business | Redesigning organisations for resilience

Sun Mar 29 , 2020
There is an old Chinese saying, ‘May you live in interesting times’ When someone said that to you, it was viewed as both a blessing and a curse. A blessing, because interesting times meant change, volatility and uncertainty which invoke adaptation, transformation and a reaching beyond the existing status quo […] 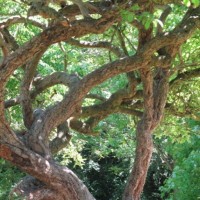