Skip to content
Happy New Year! I am sorry I have not blogged in awhile. It’s largely due to a house we are building in Auckland. Building a house is very similar to building a data warehouse, best left to the experts. 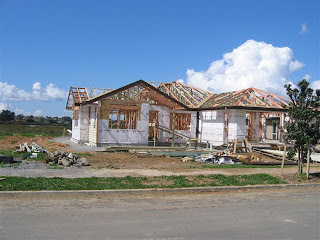 What a year 2006 it has been. I have to say Business Intelligence on SQL server has definitely seen some big changes this year. After the release of SQL Server 2005, big things had to happen to top the release and what a year it has been.

Service Pack 1 Was not long in coming after the November release of SQL, helped a lot of companies to get of over the ‘not until SP1’ issue. The release was not without controversy. The removal of the ‘Select All Parameter’ caused some developers concern. Microsoft removed it due to performance issues. At the same time MS released the feature pack with a series of great free add-ons. Such as a SAP .Net OLE DB driver and data mining viewer controls. Check out:

Rather Ripped (Select All in Service Pack 1)

The acquisition of Proclarity has shown Microsoft continued commitment to build its BI platform. Seeing the direction and integration of Proclarity, Balance Scorecard Manager, etc into Performance Point is very exciting and will start to give some of the Analytical BI vendors a run for their money. Check Out:

Office 2007 was shown off at TechEd and is very exciting from a BI point of view. The new excel features are going to continue Excels front-end dominance. Although the new Excel front-end may take some getting use to for some users the new BI features are well worth the upgrade. Check out:
Business Intelligence in Excel 2007

Service pack 2 CTP is going to continue to enhance the BI features of SQL 2005. Report builder will now support Oracle as a data source. The ‘Select All’ parameter is now back in en-vogue. Of course there will be the standard bug fixes. So best get to testing and seeing the new fixes/enhancements. Check out:

Sun Apr 12 , 2020
Ah, job descriptions: While a critical document for the HR department, sometimes their value is not always appreciated in the day-to-day operations of the company. However, a job description’s value extends way beyond just being a tool to hire new employees. In fact, they can help establish expectations, identify areas […]