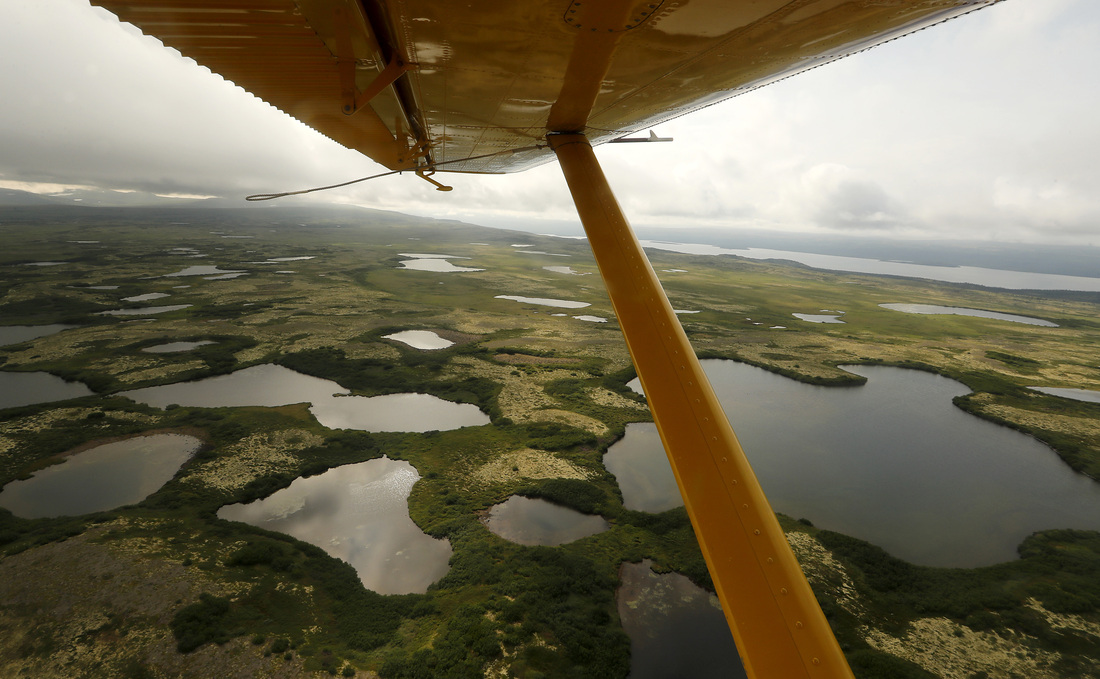 The view beneath the wing of a float plane as it flies over the wetlands, streams and lakes of Bristol Bay, Alaska. 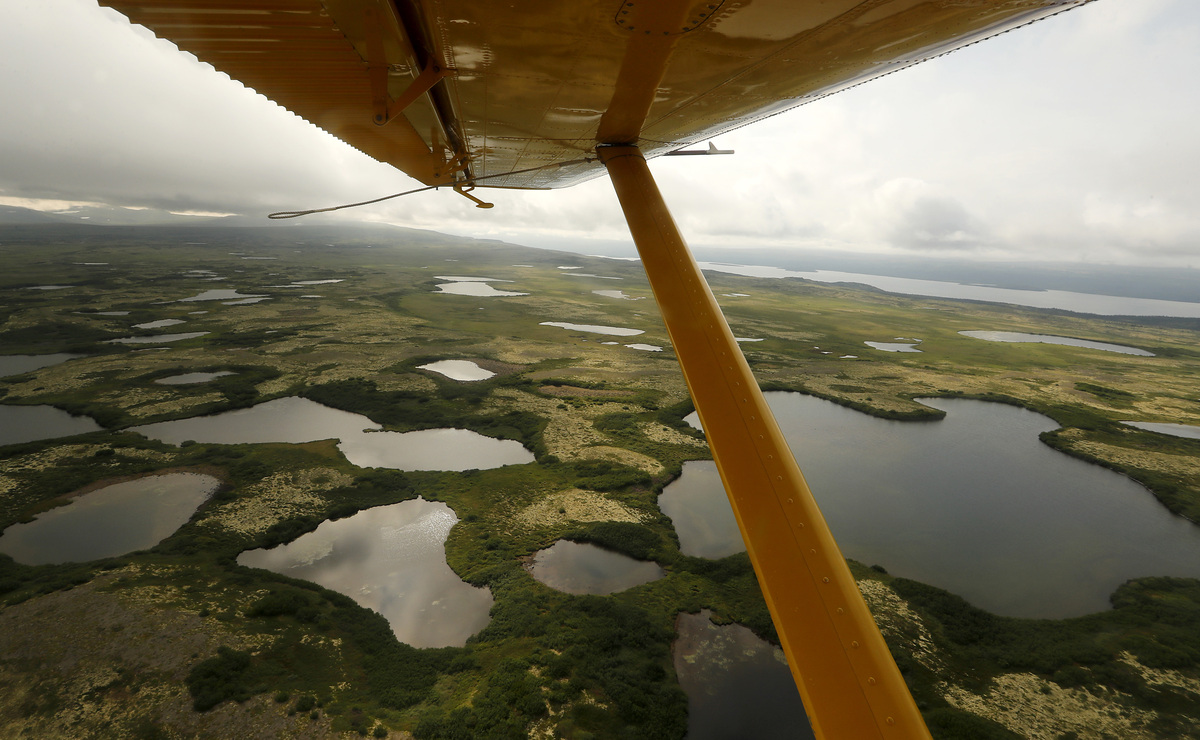 The view beneath the wing of a float plane as it flies over the wetlands, streams and lakes of Bristol Bay, Alaska.

The U.S. Army Corps of Engineers has denied a permit for the massive Pebble Mine project in Alaska – a proposed open-pit copper and gold mine that would be upstream from the world’s largest sockeye salmon fishery.

The Corps said in a statement Wednesday that it has determined that the plan “does not comply with Clean Water Act guidelines” and it had concluded that “the proposed project is contrary to the public interest.”

Fishermen and tribes have been fighting the mine proposal upstream of Bristol Bay for a decade, fearing it would harm the wild sockeye salmon at the heart of the area’s economy and indigenous culture.

The project’s outlook became cloudier in August when President Trump’s son, Donald Trump, Jr. – an avid fisherman – tweeted his opposition to the mine.

Nanci Morris Lyon, co-owner and operator of Bear Trail Lodge in King Salmon says she got the news by text. “It is an incredible relief. I felt like sitting down and just crying,” she says.

Lyon says the prospect of the mine has held the whole region hostage for years. Lodge owners like her didn’t know if they could invest in their businesses. Commercial fishermen weren’t sure they could buy new boats.

She says Donald Trump Jr. and Eric Trump had stayed at the lodge about eight years ago.

“I always said that I had faith that after they had visited here and they spent time here, they understood that this place didn’t need something like that marring it, scarring it, ruining it forever.”

Pebble Limited Partnership CEO John Shively says the company plans to appeal the Corps’ decision. He told the Anchorage Daily News that it was a “lost opportunity” and said the company was “dismayed by today’s news.”

He pointed to conclusions in the Corps’ environmental report from July on the mine, which said the project would have no measurable impact on Bristol Bay salmon. But that report was ambiguous, since it also said the mine would harm the area’s water resources.

The Corps noted that its review process had taken nearly three years and is “based on all available facts and complies with existing laws and regulations. … USACE is committed to maintaining and restoring the nation’s aquatic resources, while allowing reasonable development.”

The Pebble Mine came under increased scrutiny in September when an environmental group released secret recordings in which the then-CEO of Pebble claimed to have swayed politicians into either supporting or keeping mum on the project. Executives also were caught saying that they ultimately planned a much larger mine that they had requested a permit for.

Joel Reynolds of the Natural Resources Defense Council says to ensure that the protections last, the next step is for the U.S. Environmental Protection Agency to use a particular section of the Clean Water Act “to permanently protect the Bristol Bay watershed from large scale mining for all time.”

The Army Corps’ decision can be reversed, Reynolds notes, and the company can reapply if they make changes to the project. But with a Biden administration soon to take office, Pebble has little time left for such maneuvers.

Sat Nov 28 , 2020
Finance Secretary Carlos Dominguez III on Thursday expressed high hopes that the Corporate Recovery and Tax Incentives for Enterprises (CREATE) bill will be passed into law before 2020 ends. In a statement, Dominguez said he “sees light at the end of the tunnel” concerning the congressional approval before the year […]