Liya Shuster-Bier’s career has been a whirlwind.

The now 34-year-old, New York native went to Dartmouth on scholarship, worked at Goldman Sachs and a startup in Boston, then attended Wharton business school to receive her MBA, all by the age of 30.

In January 2018, six months after graduating and going back to the startup world, Shuster-Bier got diagnosed with non-Hodgkin lymphoma. Despite going through six rounds of chemotherapy, by the end of the year, her cancer had come back. This time she’d go through both radiation and a stem cell transplant to get rid of it, the latter so aggressive she’d spend the next 100 days regaining the strength to simply walk around the block.

Shuster-Bier is now three years in remission. Soon after regaining her strength, she quit her job to found Alula, a marketplace of products helping cancer patients manage symptoms and side effects of their treatment like constipation and dehydration. The company has raised $2 million and now has four employees.

If there is one thing Shuster-Bier learned from her harrowing journey, and one piece of career advice she’d want to give to others, it is “be fearless,” she says.

She tells the story of going through radiation as one of the moments that helped her reach this fearlessness herself. The treatment is one that many people do even as they’re working.

“And I constantly had this moment of like, no amount of money in any of our wallets can save us from this moment,” she says. “We’re all here.”  It made her realize she didn’t have to be restricted by others’ expectations or what society told her was possible.

When it came to founding her company, for example, it could’ve scared her off that companies founded solely by women only got 2.7% of venture capital investments in 2019, according to PitchBook (2% in 2022). Or that months after she founded her company and even as she was trying to secure venture capital herself, the world dove head-first into a pandemic. Theoretically, these would make her odds of success very low. But after beating cancer, she realized all that mattered was what actually happened after she tried. Because she might beat the odds regardless.

“Why should you believe in any of the boundaries?” she says she realized. “They’re all fake. And in the end, they don’t matter.” She’s been able to build her company regardless of both and what others might’ve advised as a result.

Her journey made her realize, “Hey, if you only have so much to live, you may as well be living on the edge,” she says, adding that, “that’s where all the fun is had.”

How surviving cancer changed this 34-year-old’s attitude toward work: ‘The concept of checking email was laughable’

How a 34-year-old CEO and cancer survivor sets clear boundaries at work: ‘After 7 p.m., you’re not allowed to Slack or email’

Sign up now: Get smarter about your money and career with our weekly newsletter

Tue Oct 11 , 2022
U.S. stocks extended a downtrend on Monday to start the week lower as Wall Street steered into third-quarter earnings season and braced for a batch of inflation reports. The technology-heavy Nasdaq Composite (^IXIC) led declines, dropping 1% to a two-year low as a set of fresh restrictions by the Biden […] 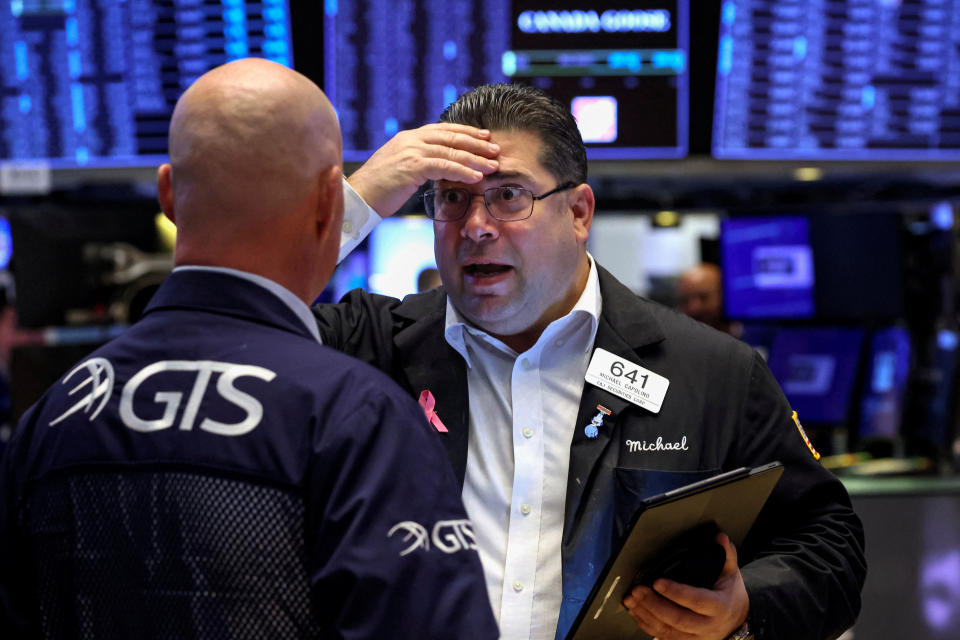