The final communique of the 2014 G20 Leaders’ Summit called for enhanced economic growth that could be achieved by the “promotion of competition, entrepreneurship and innovation”. There was also a call for strategies to reduce unemployment, particularly amongst youth, through the “encouragement of entrepreneurship”.

This desire to stimulate economic and job growth via the application of entrepreneurship and innovation has been a common theme in government policy since at least the 1970s. The origins of this interest can be traced back to the report produced by Professor David Birch of MIT “The Job Generation Process” that was published in 1979.

A key finding from this work was that job creation in the United States was not coming from large companies, but small independently owned businesses. It recommended that government policy should target indirect rather than direct strategies with a greater focus on the role of small firms.

Fostering the growth of entrepreneurial ecosystems

Over the past 35 years the level of government interest in entrepreneurship and small business development as potential solutions to flagging economic growth and rising unemployment has increased. It helped to spawn a new field of academic study and research.

This trend was boosted by the success the iconic “technopreneurs”. Technology entrepreneurs such as Steve Jobs of Apple, Bill Gates of Microsoft, Jeff Bezos of Amazon, or Larry Page and Sergey Brin of Google have become the “poster children” of the entrepreneurship movement.

One of the best known centres of high-tech entrepreneurial activity has been California’s Silicon Valley. Although it is not the only place in which innovation and enterprise have flourished, it has served as a role model for many governments seeking to stimulate economic growth.

Today “science” or “technology” parks can be found scattered around the world. They usually follow a similar format, with universities and R&D centres co-located with the park, and venture financiers hovering nearby looking for deals. Most have been supported by government policy.

What governments want is to replicate Silicon Valley and the formation and growth of what have been described as “entrepreneurial ecosystems”. However, despite significant investments by governments into such initiatives, their overall success rate is mixed.

So what are “entrepreneurial ecosystems” and what role can government policy play in their formation and growth? This was a question addressed by the first White Paper in a series produced by the Small Enterprise Association of Australia and New Zealand(SEAANZ). The purpose of these papers is to help enhance understanding of what entrepreneurial ecosystems are, and to generate a more informed debate about their role in the stimulation economic growth and job creation.

What is an entrepreneurial ecosystem?

The concept of the “entrepreneurial ecosystem” can be traced back to the study of industry clustering and the development of National Innovation Systems that took place in the 1990s. However, the term was being used by management writers during the mid-2000s to describe the conditions that helped to bring people together and foster economic prosperity and wealth creation.

In 2010 Professor Daniel Isenberg from Babson College published an article in the Harvard Business Review that helped to boost the awareness of the concept. The diagram below shows the nine major elements that are considered important to the generation of an entrepreneurial ecosystem. The focus of this first SEAANZ White Paper is on the role of government policy. Future White Papers will deal with the other eight elements.

Isenberg outlined several “prescriptions” for the creation of an entrepreneurial ecosystem.

The first prescription was to stop emulating Silicon Valley. Despite its success the Valley was formed by a unique set of circumstances and any attempt to replicate it in other places were unlikely to succeed. This led to a second prescription, which was to build the ecosystem on local conditions. Grow existing industries and build on their foundations, skills and capabilities rather than attempting to launch high-tech industries from scratch.

The third prescription was the importance of engaging the private sector from the start. Here the role of government is indirect and one of a facilitator not a manager. In trying to shape the growth of such ecosystems attention should be given to the support of firms with high growth potential that can help to generate a “big win” early on. This is the opportunity for local success stories to become role models for others.

However, care must be taken by governments not to try to pick winners or over engineer the system. High growth firms by nature are inherently risky and highly innovative firms are typically unique. As such there is no magic formula for their success. Helping such firms to succeed is more about removing obstacles to their growth such as anti-competitive cultures, unfair taxation on small firms, unnecessary “red tape” or lack of access to markets, skilled employees or investment capital.

In seeking to help stimulate entrepreneurial high growth firms it is important, according to Isenberg, to avoid flooding the system with too much “easy money”. This can take the form of government grants and venture capital funds that are too easily obtained.

What is important is to grow firms with strong root systems that can sustain their own growth as much as possible before seeking additional funding. Such firms should be financially sound; profitable and well managed, or their likely success rates will be low.

The focus should be on encouraging sustainable, growth oriented and innovative firms not simply fostering more start-ups. Starting a new business is the easy part, successfully growing it is the challenge.

What can government do to stimulate entrepreneurial ecosystems?

The challenge for government policy is to develop policies that work, but avoid the temptation to try to effect change via direct intervention. A 2014 study of entrepreneurial ecosystems undertaken by Colin Mason from the University of Glasgow and Ross Brown from the University of St Andrews for the OECD, developed a set of general principles for government policy in the relation to these ecosystems.

They contrast “traditional” versus “growth-oriented” policy approaches to enterprise development. The first of these approaches tends to focus on trying to grow the total number of firms via business start-up programs, venture capital financing and investment in R&D or technology transfer.

This is a “pick the winner model” and can also include business or technology incubators, grants, tax incentives and support programs. Such programs are essentially transactional in nature. It is not that they are of no value, but they cannot guarantee success via such direct intervention.

A “growth oriented” approach is more relational in nature. This focuses on the entrepreneurial leadership of these growth firms. It seeks to understand their networks and how to foster the expansion of such networks at the local, national and international level.

The most important thing is the strategic intent of the team running the business. Firms seeking to grow need to be given help in linking up with customers, suppliers and other “actors” within the ecosystem who can provide resources.

Government ministers can play a critical role in fostering enterprise and innovation. Their role is to direct the government departments and agencies to focus on the problem and develop effective policies.

A minister who has a good understanding of what entrepreneurial ecosystems are, how they form and the role and limitations of government policy is well-placed to generate more effective outcomes.

In summary, key recommendations for government policy in the fostering of entrepreneurial ecosystems are:

This article is published in collaboration with The Conversation. Publication does not imply endorsement of views by the World Economic Forum.

To keep up with Forum:Agenda subscribe to our weekly newsletter.

Author: Tim Mazzarol is a Winthrop Professor in Entrepreneurship, Innovation, Marketing and Strategy at the University of Western Australia.

Image: Workers from the financial sector walk on a tram track, with traffic blocked by pro-democracy protesters, on a main road leading to the financial Central district in Hong Kong October 14, 2014. REUTERS/Bobby Yip.

How COVID-19 Could Affect Your Life Insurance Coverage

Sat May 2 , 2020
It’s mostly good news. April 29, 2020 3 min read Opinions expressed by Entrepreneur contributors are their own. The coronavirus pandemic has many of us thinking about worst case scenarios. It’s only natural that people are considering whether, in the event of their absence, their loved ones would be financially protected. If you’re […] 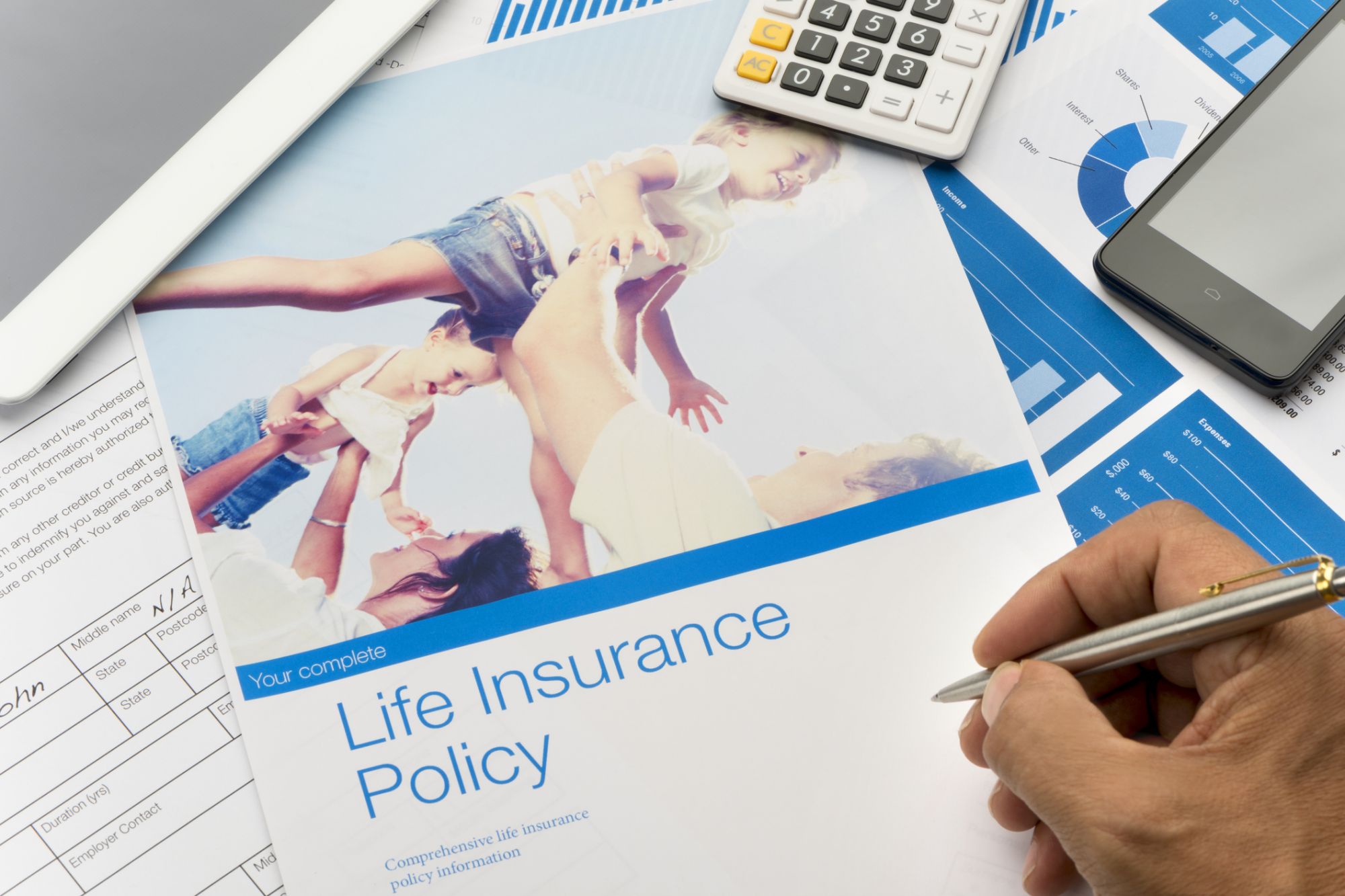