Disney (DIS) CEO Bob Iger has five big questions to address in the new year as he settles in, once again, to the high-powered executive role.

The company saw shares slide roughly 45% in 2022, marking the worst annual stock performance for the House of Mouse since 1974.

It’s a much different story compared to March 2021 when the share price peaked at just under $202 as the stay-at-home trade boosted consumer-facing media giants and its fledgling streaming service Disney+ saw early subscriber success.

Now, as rising costs, debt-ridden balance sheets, and a renewed focus on profitability weigh on the media sector overall, Iger must navigate a bruised business beset with leadership challenges, unfavorable price increases, and a direct-to-consumer division struggling to turn a profit.

How do you make the streaming business profitable?

The first and most important question Iger must address? Streaming profitability.

“Streaming losses [are] the absolute number one issue on hand,” Geetha Ranganathan, senior media analyst at Bloomberg Intelligence, previously told Yahoo Finance Live. “We’ve seen the streaming business at Disney already lose about $8 billion. They’re expected to lose another $3 billion in fiscal 2023, so obviously Bob Iger really has to go back and articulate a much better strategy.”

In late November, Iger gave investors a taste of what seemed to be the first step of that strategy — firing Kareem Daniel and restructuring Disney’s Media and Entertainment Distribution (DMED) division, one of former CEO Bob Chapek’s first big swings.

“As you know, this is a time of enormous change and challenges in our industry, and our work will also focus on creating a more efficient and cost-effective structure,” Iger said at the time of the reorganization.

In its most recent fiscal year, losses for Disney’s direct-to-consumer unit, which includes Disney+, Hulu, and ESPN+, totaled $4 billion for the year. High content costs were largely to blame as the company upped its content budget by $8 billion in 2022 to a whopping $33 billion.

Management said it expects streaming losses to shrink by about $200 million in the first fiscal quarter of 2023 before reaching profitability in fiscal 2024.

One way the company plans to stick to that timeline is through layoffs and hiring freezes first implemented by Chapek shortly before his ouster.

Iger, while speaking at a town hall with employees, revealed there were no plans to reverse the hiring freeze as he continues to evaluate Disney’s current cost structure — an evaluation investors will be hyper-focused on in 2023.

Will Disney buy out Comcast’s stake in Hulu?

As Iger charts a path to streaming profitably, he will likely have to decide the fate of streaming giant Hulu.

Disney owns two-thirds of Hulu with Comcast’s (CMCSA) NBCUniversal controlling the rest. Under the terms of the 2019 agreement, which set Disney’s guaranteed minimum equity value for Hulu at $27.5 billion, Comcast could require Disney to buy out its stake as early as January 2024.

Which is what NBCUniversal CEO Jeff Shell said he expects will happen.

“We have a put, they have a call,” Shell said at an investor conference last month. “We think [Hulu] is worth a lot of money because it’s sold on a full control basis as if you were auctioning it off. And I think [there are] no indications that anything else is going to happen [other] than Disney writing us a big check for the asset in 2024.”

Some analysts, however, have suggested Disney could sell its majority stake to help offset accelerating streaming losses amid an ultra-competitive landscape.

The analyst, who said Hulu is “not a Disney-branded product,” explained the media giant “would be better off really focusing on the strengths of the company — that branded, high-quality, family content, rather than trying to be everything to everybody.”

Lightshed Partners’ Richard Greenfield agreed, writing in a November blog post: “Hulu’s actual worth is unclear if Disney wants to keep the Hulu original programming created by Disney for Disney+.”

“Essentially, Iger has to decide on a streaming strategy,” Greenfield said. “Does Disney want to run multiple streaming services as they do now, focus all their energy on a vertically-integrated and more narrow Disney+ strategy or do they envision a world with just one ‘everything’ Disney service (combining Disney+, Hulu and ESPN+)?”

ESPN: Keep or spin off?

In addition to Hulu, media analysts have long questioned the murky future of ESPN and whether or not Disney should consider spinning off the popular sports network — a suggestion previously made by Third Point’s Dan Loeb.

Loeb argued ESPN would have greater flexibility to pursue business initiatives, such as sports betting, if it were not part of Disney.

“DIS will begin the spin-off process for ESPN & ABC including launching ESPN in streaming a la carte,” Wells Fargo analyst Steve Cahall wrote in a note published late last month. “Cost rationalization and balance sheet options are critical to reaching this outcome. The result is a better-off remaining DIS.”

But not everyone agrees.

Bazinet went on to explain ESPN has the potential to be a much bigger global business, especially if Disney chooses to leverage the internet for distribution. He also said the network generates the bulk of Disney’s cash flow, which will ultimately fund its pivot to direct-to-consumer and help offset accelerating streaming losses.

“What Disney is embarking upon with a direct-to-consumer business is very much like a cable company or a telecom company,” Bazinet said, stressing how DTC bridges the gap between the consumer and sports rights. “They should not spin it off.”

In its most recent fiscal year, Disney’s operating income for its Linear Networks segment — which includes ESPN — totaled $8.52 billion.

Parks: Will Iger do away with Chapek-era price hikes?

Following earlier price hikes in February 2022, Disney again raised prices for most of its Florida theme parks on December 8, upping the costs of single-day and multi-day tickets, in addition to the renewals for its annual pass program, the Genie+ app, merchandise, food, and other in-park purchases.

The price hikes, which were already in effect at Disneyland Anaheim, were a cause of widespread backlash during former CEO Bob Chapek’s tenure.

Even Iger was reportedly taken aback by the sharp increases.

According to The Wall Street Journal, the executive was “alarmed by increases in prices at Disney theme parks that Mr. Chapek argued would boost revenue and limit overcrowding.”

Although it is unlikely that Iger will reverse the price hikes, could Disney fans see a reduction in the number of increases in 2023?

Who will be the next Disney CEO?

Even though Iger just regained his CEO position, investors are already thinking about his replacement.

Other possibilities include former employees Kevin Mayer and Tom Staggs, who left the company in 2020 after being passed over by Iger for the CEO role that ultimately went to Chapek.

Whatever occurs, analysts have said Iger’s surprise return will likely complicate the journey in finding a long-term CEO.

“For Iger to come back after just a few years and retake control, whoever is the next CEO of Disney, they’re going to be looking over their shoulder from day one wondering if they’re really the CEO of the company or if they’re going to get pushed out like Chapek did,” Doug Cruetz, media analyst at Cowen, previously told Yahoo Finance Live.

“That’s not a great position for Disney to be in if they’re trying to find a person who can lead the company successfully, starting in 2024 and forward,” he cautioned.

Alexandra is a Senior Entertainment and Media Reporter at Yahoo Finance. Follow her on Twitter @alliecanal8193 and email her at [email protected]

Fri Jan 6 , 2023
Shopify is betting you’re going to realize that big, weekly meeting is a bad idea. Jeremy Moeller / Contributor I Getty ImagesShopify store in Germany. The company is going cold turkey and canceling all recurring employee meetings with more than three people, per CNN. And, you can’t reschedule those meetings […] 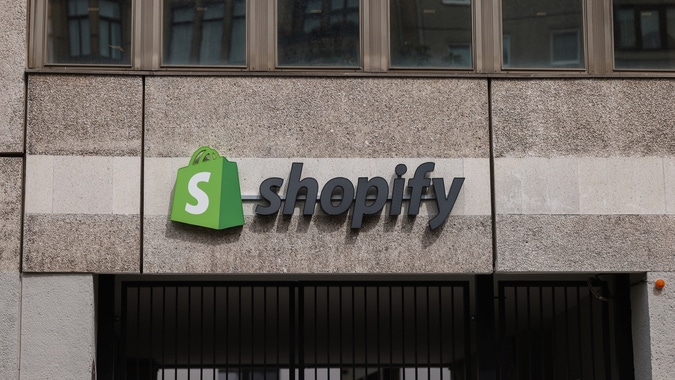