SCORE just announced the results of a report on female entrepreneurs. “The Megaphone of Main Street: Women’s Entrepreneurship” features a number of interesting stats on the state of business ownership among women.

“20,000 small business owners spoke up to share their experiences with us, and the high-level summary is that women-owned businesses are just as successful as men-owned businesses (as measured by business starts, revenue growth, job creation, and number of years in business), despite facing greater financing challenges.”

Here are some of the most interesting insights from the report.

Women Are Slightly More Likely Than Men to Start Businesses

Women Are More Likely to Launch Businesses in Healthcare

Not many business owners, either male or female, expect their revenues to decrease dramatically in the next year. But women were actually slightly less likely to have this expectation, as 3% of males said they expect a 20% decrease or more in the next year.

Women are starting businesses at a slightly faster rate now, but they don’t have quite as much longevity as male owned businesses just yet, though it’s fairly close. Of male respondents, 17% have been in business for more than 20 years.

Women owned businesses are also growing in terms of team members. 27% of them saw their team increase in the last year, compared to 30% of male entrepreneurs.

29% of Female Entrepreneurs Say Their Business Is Expanding Moderately

Among males, 28 percent said their businesses are growing moderately.

5% of Female Entrepreneurs Say Their Business Is Expanding Aggressively

34% of Female Entrepreneurs Say Their Business Is Struggling

On the other end of the spectrum, just over a third of women said their business is struggling to stay afloat, compared to 33% of males.

Just 25% of Women Seek Financing for Their Business

This is significantly less than the 34% of men who seek funding for their businesses.

Dougert explains, “Financing is a challenge for all entrepreneurs, but our data shows that women are much less likely than men to both seek and obtain financing for their small businesses.”

31% of Women Who Do Seek Funding Are Successful

Men were again more likely than women to be successful in their quest for funding. By contrast, 34% of men who applied said they received their funding request.

There are plenty of different reasons to seek business funding. But the most prevalent for both women and men was growth. Specifically, 59% of women said they sought out funding to grow their business, compared to 58% of males.

22% of Women Sought Funding to Launch a New Product

The reasons for seeking out funding were fairly consistent among women and men. However, slightly more make entrepreneurs — 26% — said they sought funding to launch a new product.

46% of Women Use Credit Cards for Their Business

While other types of loans tend to be more popular with men than women, nearly half of female respondents said they’ve used credit cards for their business, compared to 39% of males.

However, women were significantly less likely than males to use equity from investors. Specifically, 19% of males said they had taken this route.

It seems that mentorship can actually help businesses stay afloat for longer, since of those who did not have a mentor, just 75% were still in business after a year.

Dougert says, “A particularly surprising finding was that women entrepreneurs do not necessarily have better success in working with female mentors (as opposed to male mentors). Rather, the most successful entrepreneurs work with business mentors who are helpful, respectful and open-minded, and that they accurately assess an entrepreneur’s business situation and provide relevant advice.” 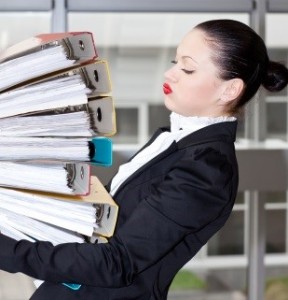