In around a week’s time, it’ll be International Women’s Day. In honour of the 2015 theme #MakeItHappen, we’ve come up with a diverse list of homegrown female entrepreneurs who faced up to naysayers, disrupted their industries, made courageous career switches mid-stream, set off trends, or in a myriad other ways broke through barriers to do what seemed implausible. Whether they’ve made it big or are just starting out, here are ten women who’ve made it happen in spite of being told “You’re crazy” or “You can’t”.

If setting up a cake shop with only one product sounds like an airy-fairy idea — well, that’s what the people around Lyn Lee thought as well. It was in the middle of the Asian Financial Crisis that she left her career as a lawyer to enter F&B, and “doomed to fail” was a phrase she heard often. In fact, “they gave us three months and they said you’ll be finished”. (Sources: BBC News, The Hindu Business Line)

Her Success: Well, it’s been not just three months, but seventeen years, and who hasn’t heard of Awfully Chocolate? What started out as a single cake shop in Katong has now become a globally successful franchise with outlets in Shanghai and Jakarta, just to name a few. Besides Awfully Chocolate, Lyn has also branched out into other F&B establishments, such as the restaurant chain Everything With Fries and Loola.

Social stigma against dating agencies might seem strange now that we’re in the age of Tinder. Ten years ago, however, the “sleazy” label attached to dating agencies was pervasive, creating difficulties for Violet Lim and her then-fiance, Jamie Lee, during their search for an office and advertising space. With a law degree from the University of Manchester, she was “pushed [by her parents] towards the corporate ladder”. Her friends also proved discouraging, with most pointing out the worst-case scenario — her relationship with her fiancé might not work out. (Sources: TechInAsia, Yahoo)

Her Success: Now, amidst the increasing popularity of online dating sites, she runs Asia’s largest lunch dating company, with branches in Singapore, Malaysia, Hong Kong, and most recently, Jakarta. Catering to the hectic lifestyle of young, single professionals, Lunch Actually’s success can be attributed to the boldness of her pioneering vision in a time when dating agencies were taboo.

A decade ago, Brazilian waxes were unheard of in Asia. When Cynthia Chua was starting out her beauty and lifestyle conglomerate The Spa Esprit Group, she met with plenty of criticism from friends, family and industry experts, who told her that waxing salons would never be popular with us sparsely-haired Asians. When she first opened Strip in 2002, her father told her, “You’re crazy.” (Sources: Forbes, The Peak Magazine)

Her Success: Fast forward nearly fifteen years, and Chua’s business is now worth between $200-300 million. She’s considered one of Singapore’s top entrepreneurs and Lifestyle Queen, and has opened 37 Strip outlets worldwide, including in New York and London, and plans to open 100 more within the next five years. This is particularly ironic since waxing was originally a Western import, serving as a testament to the innovativeness she has brought to women’s grooming.

Some say that Singaporeans are notoriously unfashionable, what with it being t-shirt weather all year round. It was a niche market that Elim Chew had to carve out with her rock and punk-style clothing; the fashion was so novel here that people associated her company with cults and warned their children to stay away. With little idea how to build a brand, she had to convince Singaporeans that her fashion was about giving youths a way to express their individualism. (Source: Canon)

Her Success: 77th Street is now a leading youth street-wear fashion retail chain, comprising thirteen local outlets and a whole shopping mall in Beijing known as 77th Street Plaza. Having been the first fashion retailer to win ‘Most Distinctive Brand’ of the Singapore Promising Brand Award 2004, it seems that her love of the street fashion edginess that Singaporeans were so suspicious of has paid off.

At just 21, Jocelyn Chng had to shoulder the burden of taking over her family’s sauce business following her father’s death. She was young, female, and still studying as an undergraduate when she entered the male-dominated industry to build the business from scratch again. As a rookie and CEO ambitious to expand into the international market, she encountered “huge laughter… everybody [was] just ‘Ha, ha, ha! How can it be possible? It’s very funny.’” (Source: The Story Exchange)

Her Success: All that derision only spurred her on to work harder – today, Sin Hwa Dee Sauce is globally renowned for its high-quality sauces. The business exports to more than 30 countries in the world, and counts the Ritz Carlton and McDonalds’ among its clients.

Consider this: as a model, Stephanie Chai used to work “maybe twice a week and sometimes [made] what some would earn in a year, in a day”. Like many of the others on this list, she chose to walk away from her glamorous modelling career despite significant hurdles. Being a solo founder meant that it was more difficult – in theory – to attract investors, in addition to the fact that she started out with zero knowledge of ecommerce or the travel industry. (Sources: TechInAsia,  PrisChew.com)

Her Success: With over 400 partnering hotels and resorts across the world, The Luxe Nomad has made its mark on the travel bookings industry with its novel focus on flash sales. Armed with more than $1 million raised from investors and partners so far, it seems likely that she and her team will achieve their ambitious goal of becoming the top luxury hotel and villa booking portal in Asia. (Source: Start & Stay Up)

When Jacqueline Chang and her two co-founders were setting up Prep, they encountered doubters aplenty. From their collective lack of hairstyling experience, to their youth, to the fact that they planned to take the unprecedented route of specializing exclusively in styling and not haircutting services — there was every reason to doubt Prep’s viability. (Source: AsiaOne)

Her Success: Thus far, Singapore’s first blowout salon has defied expectations. Prep has worked with fashion partners such as Kate Spade, displayed their styles at shows like the Oscar de la Renta bridal show, and plans to open its second outlet in March this year. Besides Prep, Chang is also the owner of wedding photography outfit 5degreeshift.

8. Lena Sim — Founder and CEO of Ministry of Food

When Lena Sim decided to make a career switch from a prestigious finance job into F&B, most people told her that she was making “a big mistake”. Having grown up in bitter poverty, it would have made perfect sense for her to go on with her lucrative career in the finance industry, rather than take on an unpredictable entrepreneurial path. (Source: Material World)

Her Success: In an ‘Eat, Pray, Love’-esque journey, however, the inspiration for the restaurant chain Ministry of Food was born. This was after Sim’s travels to Taiwan and Japan, two countries which were known for their delicious desserts. Today, MOF boasts over 50 acclaimed outlets across Singapore, with current plans to expand across Asia.

By most accounts, it’s hard to be taken seriously as a female tech entrepreneur in a male-dominated industry; Krystal Choo was often “assumed to be working in media or as someone’s assistant”. (Source: The Business Times) But even the road up to this point was turbulent – at a time when her startup seemed to be falling through, she was also struggling with serious health and relationship issues.

Her Success: You know what they say: “When the going gets tough…” After her intelligent predictive pricing app for travellers, ZipTrip, couldn’t get traction, it took Krystal only nine days to pivot to Wander. A novel travel app that connects singles for travelling adventures, Wander got thousands of signups the first week it launched on her self-built landing site. The spirited woman who once taught herself to code at age 12 is now a two-time TEDx speaker passionate about empowering others about ideas close to her heart – innovation, effective marketing, and all things digital.

Despite having no formal fashion training, Karen Leong had no qualms about straying off the beaten path, giving up a decade-long established career in audit and consulting to launch her own bespoke fashion label. With her team of designers, this label went on to turn a profit by the sixth month. (Source: Singapore Business Review)

Her Success: Having made yet another career switch to the sphere of leadership development, she went on to found Influence Solutions, becoming known as one of Singapore’s most influential communication experts. The company has worked with big-name clients such as Credit Suisse and Standard Chartered. What’s truly inspiring is that this business is itself a form of giving back – her company works with organisations to enhance their productivity and with professionals to nurture their leadership capabilities.

Get a Quote | Brightway Insurance

Sun Mar 22 , 2020
Get a Quote | Brightway Insurance google-site-verification: googleecf33e747712e9e0.html Close Start a Quote Fill out the form below to get started. Let a local insurance expert get to work for you right away. 5 Things to Know About Homeowners […] 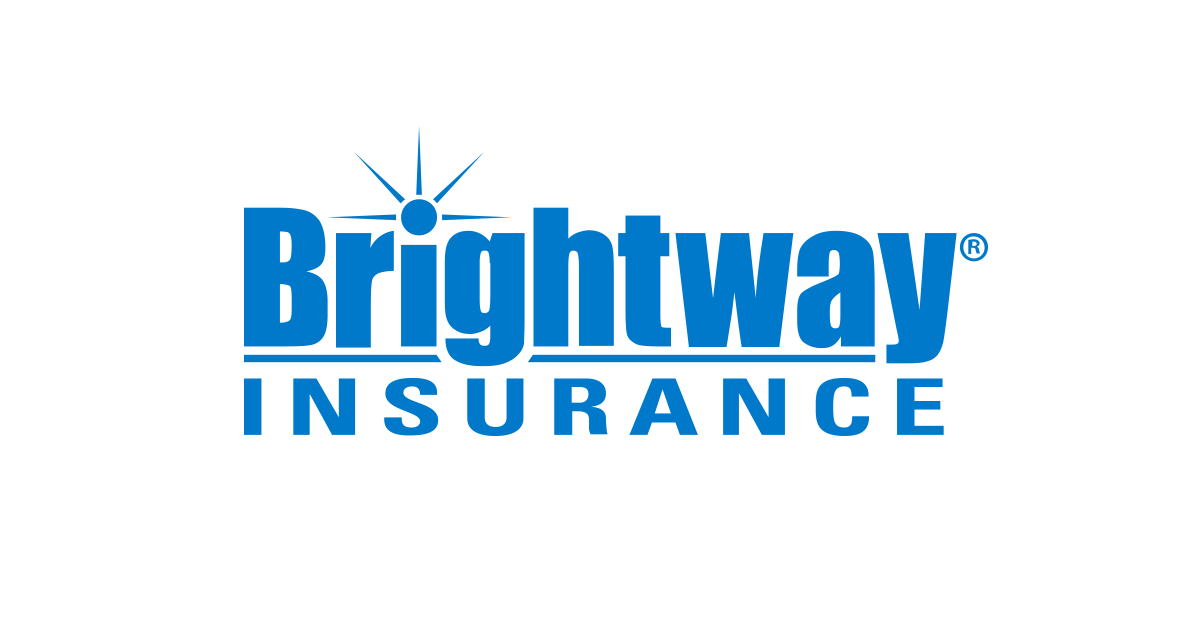