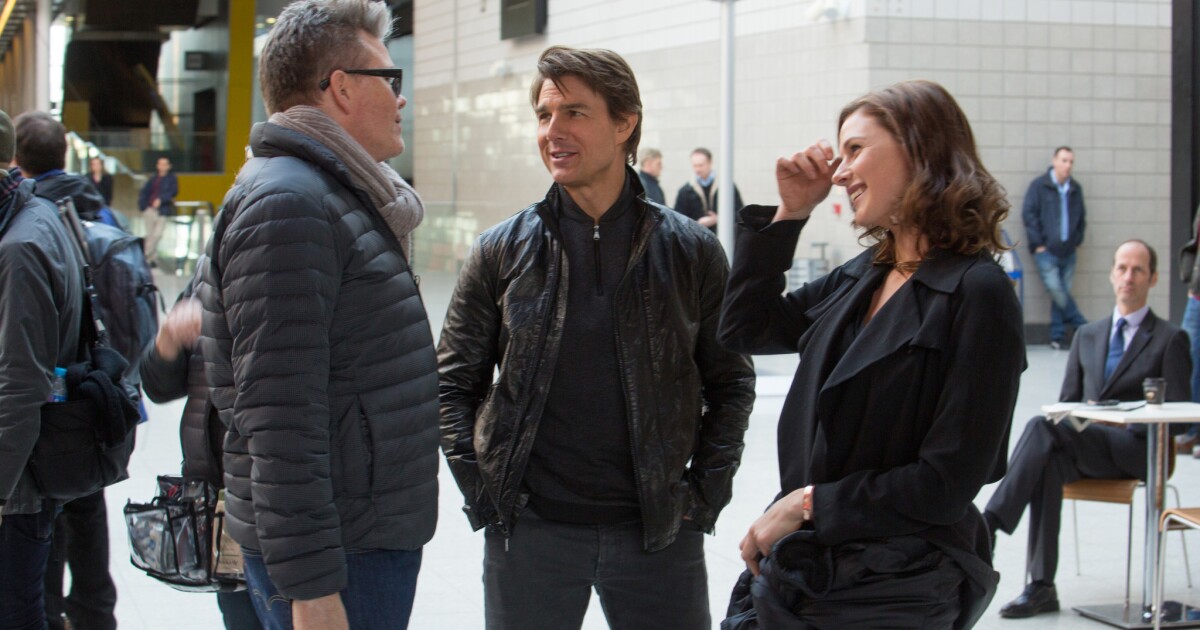 Now, instead of being in his Glendale office, Kingman is working the phones from home, video chatting with clients and colleagues around the world as cases come flooding in from production companies roiled by the coronavirus outbreak.

“We’ve seen hundreds and hundreds of claims coming in from productions shut down due to the coronavirus,” said Kingman, managing director of the entertainment practice at Illinois-based insurer Gallagher. “We’re in uncharted waters, and it’s certainly an unprecedented time for everyone.”

The insurance industry has long been an essential part of doing business in Hollywood, providing policies that protect studios from unforeseen circumstances that cause production delays or cancellations, such as fires, drug overdoses, equipment damage and accidents on set. But the massive shutdown of businesses caused by the COVID-19 pandemic is unlike anything the industry has dealt with before.

In the last couple of weeks, studios put TV shoots on hiatus and scrambled to postpone release dates for some of next year’s biggest movies. More than 100,000 entertainment industry workers have lost their jobs. Cinemas and theme parks have been forced to close to comply with stay-at-home measures.

Studios, networks, producers and concert venues face enormous losses from all the cancellations and closures. The question now is: How much of that will be recouped by insurance and how much will borne by the major studios or independent productions?

The sheer scale of the losses may set the stage for possible legal fights between producers and insurers over what policies must pay as costs mount.

Consider that studio film productions in North America can run up to $100,000 a day, and that a two-month delay could increase a film’s budget by as much as 20%.

“The whole industry is shocked,” said Kent Hamilton, president of Sherman Oaks-based Front Row Insurance Brokers, which also has offices in Canada and provides insurance to independent movies and other film shoots. “Claims are pouring in now. Actors and crew are afraid and not wanting to go to work, and insurance companies are pretty concerned too about how big is this claim going to be.”

While insurance brokers and lawyers say they are starting to see the first claims, it’s not yet clear what the full extent of the losses will be.

It’s also uncertain how much insurance companies will pay out as they begin their investigations into claims. Movies and TV shows will face the added complication that once they are ready to begin filming again their stars may be committed to working on different projects, or might have reservations about returning to work. The time of year will be different, with weather changes potentially necessitating a change in location.

Meanwhile, brokers and producers believe insurers will no longer be willing to write any new policies for productions, at least as long as the pandemic continues, without excluding coverage for losses related to communicable diseases. That would be reminiscent of what happened to the insurance industry after the Sept. 11, 2001, attacks. Then, insurers began excluding coverage for terrorist acts, eventually leading to a government program to protect insurers from future losses.

Hollywood is a key market for insurers. The industry commands the most premiums with an estimated $400 million annually in 2019, according to insurance company Allianz Global Corporate & Specialty, which has been providing insurance to entertainment companies for a century, including for the Marvel and James Bond movies.

The company said in a statement that it is seeing “a growing influx of claims notifications from companies around the globe” with increases in claims linked to canceled events as well as film and TV productions.

Representatives of other leading insurers to the industry, including Chubb, Hiscox and OneBeacon Insurance Group, either declined to comment or did not respond to requests for comment.

John Burke, a veteran entertainment lawyer at Akin Gump Strauss Hauer & Feld in Los Angeles, thinks major studios may be left to shoulder most of the cost.

“When you have delays like this, it definitely will create a production cost overrun,” Burke said. “But the studios are going to bear those costs for the most part.”

So far, studios are not commenting on the potential fallout, but it’s clear their parent companies are feeling the strain.

Walt Disney Co., which has been hit especially hard by the pandemic, raised nearly $6 billion in a debt offering, saying that the outbreak was affecting its business in a number of ways. With movie theaters closed, Disney and other companies have accelerated the release of big-budget movies for home viewing. And Philadelphia cable giant Comcast Corp., which owns NBCUniversal, this week raised $4 billion in a debt offering.

Insurance coverage can vary widely between productions, but typically most will secure cast insurance, which indemnifies producers for any losses or extra expenses to complete principal photography due to the death, injury or illness of any insured artist or director. However, what might be more relevant for insurance claims related to this pandemic is coverage under so-called civil authority and imminent peril provisions.

These provisions cover losses due to a city or government forcing a shutdown. Imminent peril would cover losses caused by a threat such as a storm or wildfire. Typically, in those circumstances insurers will cover the additional costs to get productions back on track and reimburse claimants for losses or costs incurred because something unforeseen halted filming.

That is likely to be relevant for many productions for films, TV shows or commercials filming in cities such as Los Angeles, where permits for filming were pulled and local governments imposed strict rules on avoiding public places. Now many U.S. states and other countries, including the U.K., one of the biggest international hubs for filming, have implemented even stricter measures by limiting people congregating in groups of more than 10, making filming impossible.

Unfortunately for filmmakers, because these are such rare events, coverage tends to be a much smaller percentage of the budget than a claim for a cast accident and may be limited to a certain number of days.

“This is definitely going to have an impact on the insurance market, but we can’t predict the full measure,” Kingman said. “There may be irrecoverable losses to the movie and entertainment industry. It’s going to take a long time to sort out.”

Some lawyers and producers are already talking about the potential for lawsuits should insurance companies not want to pay out on claims.

“In some cases there may be litigation,” Hamilton said. “During Hurricane Katrina there were initially some denials of claims, but then once the first court case happened, things fell in line quickly.”

Jonathan Sokol, a partner at law firm Greenberg Glusker, which specializes in insurance litigation, said it may be too early to tell if there will be many legal disputes of COVID-19 claims.

“We are really in the early stages of all of this,” Sokol said. “The legislature is getting involved in some of these states and starting to press the insurance industry to pick up some of these claims.”

Sokol estimated that it could be a year from now before the industry can estimate the magnitude of the pandemic’s effects. “We also don’t know how much will actually be covered.”

For some productions now shut down, the focus is on how to keep going. “The conversations we have had suggest that most of our members are focused on keeping their projects together, negotiating mutual agreements on delays on completion and delivery, etc., because that’s the best way to maintain their business in the long run,” said Jean Prewitt, president and CEO of the Independent Film & Television Alliance.