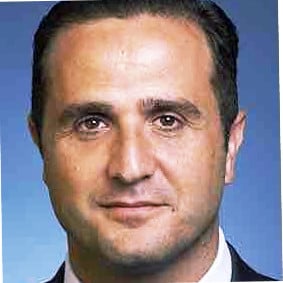 Fabio Madar, who was the global head of foreign exchange (forex) at Barclays for slightly more than a year, reportedly has a new position at NatWest Markets – co-head of forex sales.

According to a report from Financial News London, Madar has joined the investment banking arm of the Royal Bank of Scotland (RBS), having left Barclays in the summer of this year.

The news outlet cites people familiar with the matter. However, RBS has declined to comment on the executive move. Madar has not updated his LinkedIn profile to show that he is working at NatWest.

As Finance Magnates reported, Madar joined Barclays in August of last year. In this capacity, he led the global FX business across sales and trading for the company.

Although his tenure with the multinational bank was short, he previously worked for Deutsche Bank for more than 13 years.

Originally, he joined the German lender in July of 2005 as the Head of Southern Europe. According to his LinkedIn, he was based in the firm’s London office.

After five years in that role, he was promoted to the position of Head of FX Sales for the Europe, Middle East and Africa (EMEA) region, which he held for just over a year.

His final role with the German lender was Global Head of FX Coverage. He manned this position from June 2011 until August of 2018 – seven years and three months.

Overall, Madar has over 26 years of experience in global FX markets, and Madar brings a wealth of knowledge to the bank. He’s worked across the world in London, New York, Paris, and Milan.

Towards the beginning of his career, in 2000, he joined the now-defunct global financial services firm Lehman Brothers.

Based in London, he worked with the fourth-largest investment bank in the United States at the time for a period of five years, according to his LinkedIn profile.

In addition to his 19 years of experience in a variety of FX-based roles, Madar attended the ESCP Business School from 1988 until 1991.