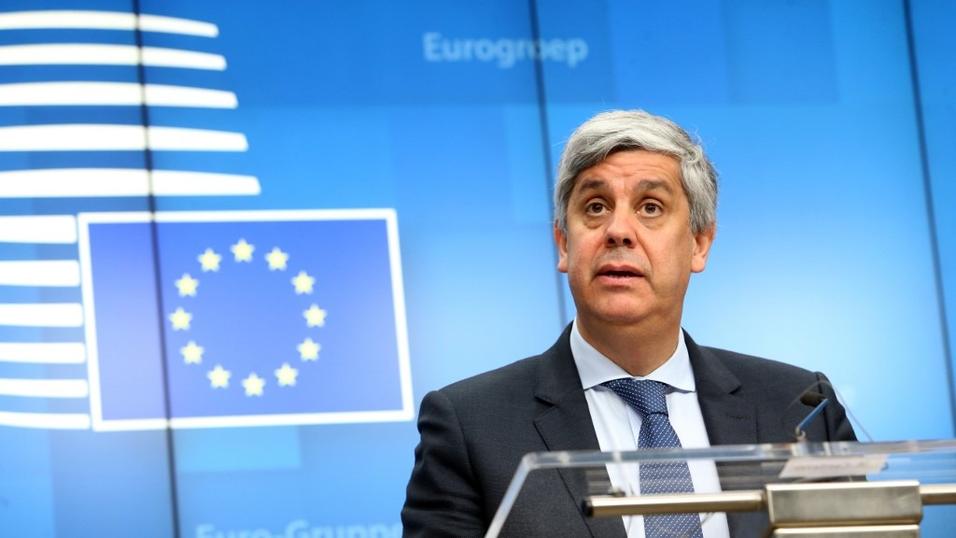 The euro area will inevitably come out of the coronavirus crisis with much higher debt levels and government policy must take care to prevent this threatening the currency bloc with fragmentation, one of the region’s most senior finance officials said.

In a letter sent to European finance ministers and seen by Bloomberg, Eurogroup President Mario Centeno cautioned his peers that the budgetary costs of the pandemic will be commensurate with the “colossal shock” of the outbreak.

The way the euro area deals with this higher debt burden will determine “the shape and the extent of the recovery, and, ultimately, the cohesion of the euro area,” Centeno wrote in the letter dated March 30 and sent ahead of an emergency videoconference on April 7.

We should explore ways to put existing instruments to use, but should be open to consider alternatives, where the former turn out to be inadequate

His warning comes after European Union leaders last week struggled to agree on a concrete strategy to contain the fallout from the deadly virus amid entrenched differences over financial burden sharing, leaving key details to be drawn up by the finance chiefs.

In his letter, Centeno asked ministers to come up with proposals to deal with the risk of debt overhang, in a sign that the debate over issues such as joint debt issuance via so-called coronabonds would be on the table at their next discussion

“We should explore ways to put existing instruments to use, but should be open to consider alternatives, where the former turn out to be inadequate,” wrote Centeno, who is also heads Portugal’s finance ministry.

The ministers were already in broad agreement on making available credit lines from the euro-area bailout fund worth up to 2 percent of each country’s output.

But the step wasn’t signed off by leaders largely due to disagreements over the strings attached to such loans and, crucially, growing calls for more ambitious fiscal action in the form of coronabonds, something countries led by Germany and the Netherlands oppose.

Still, setting up a new institution that would issue such joint debt could take between one and three years, ESM Managing Director Klaus Regling warned in an interview with the Financial Times. Instead, he said, if the goal was to boost joint debt issuance quickly to cover short-term financing needs related to the coronavirus crisis, it would be best to use one of the EU’s existing institutions such as the European Commission, the European Investment Bank or the ESM itself, which has a remaining firepower of 410 billion euros.