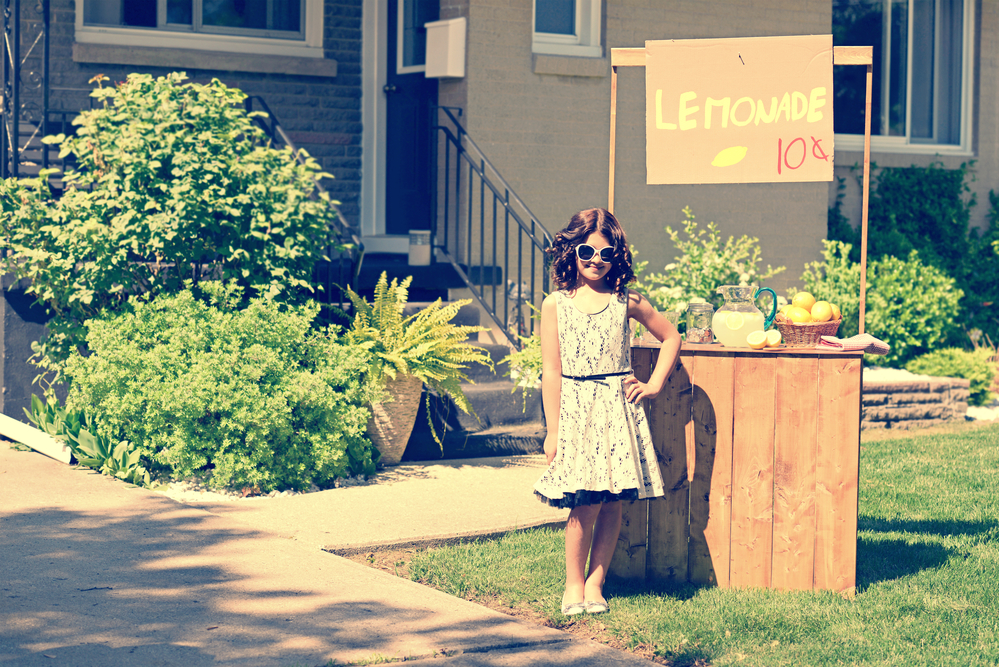 An entrepreneur is someone who organizes, manages, and assumes the risks of a business or enterprise. An entrepreneur is an agent of change. Entrepreneurship is the process of discovering new ways of combining resources. When the market value generated by this new combination of resources is greater than the market value these resources can generate elsewhere individually or in some other combination, the entrepreneur makes a profit. An entrepreneur who takes the resources necessary to produce a pair of jeans that can be sold for thirty dollars and instead turns them into a denim backpack that sells for fifty dollars will earn a profit by increasing the value those resources create. This comparison is possible because in competitive resource markets, an entrepreneur’s costs of production are determined by the prices required to bid the necessary resources away from alternative uses. Those prices will be equal to the value that the resources could create in their next-best alternate uses. Because the price of purchasing resources measures this opportunity cost— the value of the forgone alternatives—the profit entrepreneurs make reflects the amount by which they have increased the value generated by the resources under their control.

Entrepreneurs who make a loss, however, have reduced the value created by the resources under their control; that is, those resources could have produced more value elsewhere. Losses mean that an entrepreneur has essentially turned a fifty-dollar denim backpack into a thirty-dollar pair of jeans. This error in judgment is part of the entrepreneurial learning, or discovery, process vital to the efficient operation of markets. The profit-and-loss system of capitalism helps to quickly sort through the many new resource combinations entrepreneurs discover. A vibrant, growing economy depends on the efficiency of the process by which new ideas are quickly discovered, acted on, and labeled as successes or failures. Just as important as identifying successes is making sure that failures are quickly extinguished, freeing poorly used resources to go elsewhere. This is the positive side of business failure.

Successful entrepreneurs expand the size of the economic pie for everyone. Bill Gates, who as an undergraduate at Harvard developed BASIC for the first microcomputer, went on to help found Microsoft in 1975. During the 1980s, IBM contracted with Gates to provide the operating system for its computers, a system now known as MS-DOS. Gates procured the software from another firm, essentially turning the thirty-dollar pair of jeans into a multibillion-dollar product. Microsoft’s Office and Windows operating software now run on about 90 percent of the world’s computers. By making software that increases human productivity, Gates expanded our ability to generate output (and income), resulting in a higher standard of living for all.

Sam Walton, the founder of Wal-Mart, was another entrepreneur who touched millions of lives in a positive way. His innovations in distribution warehouse centers and inventory control allowed Wal-Mart to grow, in less than thirty years, from a single store in Arkansas to the nation’s largest retail chain. Shoppers benefit from the low prices and convenient locations that Walton’s Wal-Marts provide. Along with other entrepreneurs such as Ted Turner (CNN), Henry Ford (Ford automobiles), Ray Kroc (McDonald’s franchising), and Fred Smith (FedEx), Walton significantly improved the everyday life of billions of people all over the world.

The word “entrepreneur” originates from a thirteenth-century French verb, entreprendre, meaning “to do something” or “to undertake.” By the sixteenth century, the noun form, entrepreneur, was being used to refer to someone who undertakes a business venture. The first academic use of the word by an economist was likely in 1730 by Richard Cantillon, who identified the willingness to bear the personal financial risk of a business venture as the defining characteristic of an entrepreneur. In the early 1800s, economists Jean-Baptiste Say and John Stuart Mill further popularized the academic usage of the word “entrepreneur.” Say stressed the role of the entrepreneur in creating value by moving resources out of less productive areas and into more productive ones. Mill used the term “entrepreneur” in his popular 1848 book, Principles of Political Economy, to refer to a person who assumes both the risk and the management of a business. In this manner, Mill provided a clearer distinction than Cantillon between an entrepreneur and other business owners (such as shareholders of a corporation) who assume financial risk but do not actively participate in the day-to-day operations or management of the firm.

Two notable twentieth-century economists, Joseph Schumpeter and Israel Kirzner, further refined the academic understanding of entrepreneurship. Schumpeter stressed the role of the entrepreneur as an innovator who implements change in an economy by introducing new goods or new methods of production. In the Schumpeterian view, the entrepreneur is a disruptive force in an economy. Schumpeter emphasized the beneficial process of creative destruction, in which the introduction of new products results in the obsolescence or failure of others. The introduction of the compact disc and the corresponding disappearance of the vinyl record is just one of many examples of creative destruction: cars, electricity, aircraft, and personal computers are others. In contrast to Schumpeter’s view, Kirzner focused on entrepreneurship as a process of discovery. Kirzner’s entrepreneur is a person who discovers previously unnoticed profit opportunities. The entrepreneur’s discovery initiates a process in which these newly discovered profit opportunities are then acted on in the marketplace until market competition eliminates the profit opportunity. Unlike Schumpeter’s disruptive force, Kirzner’s entrepreneur is an equilibrating force. An example of such an entrepreneur would be someone in a college town who discovers that a recent increase in college enrollment has created a profit opportunity in renovating houses and turning them into rental apartments. Economists in the modern austrian school of economics have further refined and developed the ideas of Schumpeter and Kirzner.

During the 1980s and 1990s, state and local governments across the United States abandoned their previous focus on attracting large manufacturing firms as the centerpiece of economic development policy and instead shifted their focus to promoting entrepreneurship. This same period witnessed a dramatic increase in empirical research on entrepreneurship. Some of these studies explore the effect of demographic and socioeconomic factors on the likelihood of a person choosing to become an entrepreneur. Others explore the impact of taxes on entrepreneurial activity. This literature is still hampered by the lack of a clear measure of entrepreneurial activity at the U.S. state level. Scholars generally measure entrepreneurship by using numbers of self-employed people; the deficiency in such a measure is that some people become self-employed partly to avoid, or even evade, income and payroll taxes. Some studies find, for example, that higher income tax rates are associated with higher rates of self-employment. This counterintuitive result is likely explained by the higher tax rates encouraging more tax evasion through individuals filing taxes as self-employed. Economists have also found that higher taxes on inheritance are associated with a lower likelihood of individuals becoming entrepreneurs.

Infusions of venture capital funding, economists find, do not necessarily foster entrepreneurship. Capital is more mobile than labor, and funding naturally flows to those areas where creative and potentially profitable ideas are being generated. This means that promoting individual entrepreneurs is more important for economic development policy than is attracting venture capital at the initial stages. While funding can increase the odds of new business survival, it does not create new ideas. Funding follows ideas, not vice versa.

One of the largest remaining disagreements in the applied academic literature concerns what constitutes entrepreneurship. Should a small-town housewife who opens her own day-care business be counted the same as someone like Bill Gates or Sam Walton? If not, how are these different activities classified, and where do we draw the line? This uncertainty has led to the terms “lifestyle” entrepreneur and “gazelle” (or “high growth”) entrepreneur. Lifestyle entrepreneurs open their own businesses primarily for the nonmonetary benefits associated with being their own bosses and setting their own schedules. Gazelle entrepreneurs often move from one start-up business to another, with a well-defined growth plan and exit strategy. While this distinction seems conceptually obvious, empirically separating these two groups is difficult when we cannot observe individual motives. This becomes an even greater problem as researchers try to answer questions such as whether the policies that promote urban entrepreneurship can also work in rural areas. Researchers on rural entrepreneurship have recently shown that the Internet can make it easier for rural entrepreneurs to reach a larger market. Because, as Adam Smith pointed out, specialization is limited by the extent of the market, rural entrepreneurs can specialize more successfully when they can sell to a large number of online customers.

My own recent research, along with that of other economists, has found that the public policy that best fosters entrepreneurship is economic freedom. Our research focuses on the public choice reasons why these government programs are likely to fail, and on how improved “rules of the game” (lower and less complex taxes and regulations, more secure property rights, an unbiased judicial system, etc.) promote entrepreneurial activity. Steven Kreft and Russell Sobel (2003) showed entrepreneurial activity to be highly correlated with the “Economic Freedom Index,” a measure of the existence of such promarket institutions. This relationship between freedom and entrepreneurship also holds using more widely accepted indexes of entrepreneurial activity (from the Global Entrepreneurship Monitor) and economic freedom (from Gwartney and Lawson’s Economic Freedom of the World) that are available selectively at the international level. This relationship holds whether the countries studied are economies moving out of socialism or economies of OECD countries. Figure 1 shows the strength of this relationship among OECD countries.

Economists William Baumol and Peter Boettke popularized the idea that capitalism is significantly more productive than alternative forms of economic organization because, under capitalism, entrepreneurial effort is channeled into activities that produce wealth rather than into activities that forcibly take other people’s wealth. Entrepreneurs, note Baumol and Boettke, are present in all societies. In government-controlled societies, entrepreneurial people go into government or lobby government, and much of the government action that results—tariffs, subsidies, and regulations, for example—destroys wealth. In economies with limited governments and rule of law, entrepreneurs produce wealth. Baumol’s and Boettke’s idea is consistent with the data and research linking economic freedom, which is a measure of the presence of good institutions, to both entrepreneurship and economic growth. The recent academic research on entrepreneurship shows that, to promote entrepreneurship, government policy should focus on reforming basic institutions to create an environment in which creative individuals can flourish. That environment is one of well-defined and enforced property rights, low taxes and regulations, sound legal and monetary systems, proper contract enforcement, and limited government intervention.

Russell S. Sobel is a professor of economics and James Clark Coffman Distinguished Chair in Entrepreneurial Studies at West Virginia University, and he was founding director of the Entrepreneurship Center there.

Gwartney, James D., and Robert A. Lawson. Economic Freedom of the World: 2002 Annual Report. Vancouver: Fraser Institute, 2002. Information about this book can be found online at: http://www.freetheworld.com/.